The Rundown – 4 Weeks Until My First Half Ironman 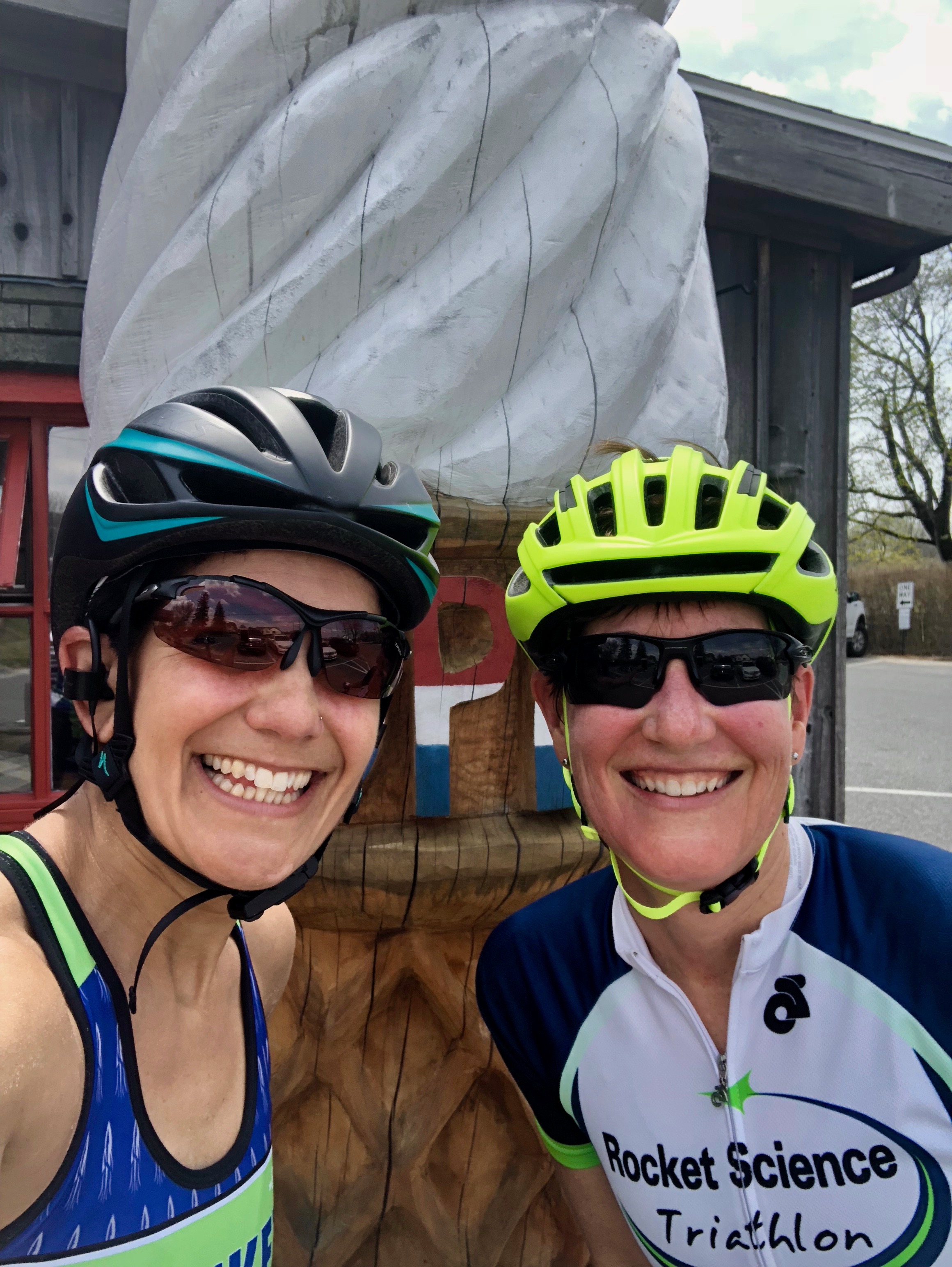 In four weeks I hope to cross the finish line of my first ever Half Ironman. My only goal is to finish this race because it is going to take everything I have. Oddly enough I’m most worried about the run. Why? Because it comes after a 1.2 mile swim and 54 mile bike ride with over 3,000 feet in elevation gain. My goal over the next four weeks is to go from “I think I can” to “I know I can!”

Running has always been my strongest part of triathlon. I’m usually able to pass competitors, dig deep and push myself to a great finish. Of course I have never tackled anything like the half ironman and I’m holding on by a thread.

My runs have been very good and I know I have the base but, it’s one thing to tick off 7:20 spilts for a measly 20 minutes after an hour on the bike and quite another to do it after hours of racing.

I know I need to trust in my training and, I’m getting there, but these next few weeks are crucial.

What the hell? I’ll try my best.

I was able to ride the beastly course once again last week only this time my coach was with me. It was also 95 degrees with a “feel like” temperature of 1 million. I also foolishly ran two miles off the bike and I’m positive some of my skin melted right off. Please dear sweet baby Jesus don’t let it be 95 degrees on race day!

We stopped at an ice cream shop to refill our bottles with cold water and electrolytes. The women in there looked at us like we were completely insane. They were not wrong.

It’s worth noting that I had no idea it was actually 95 degrees when I started my run. Afterward I felt nauseous and dizzy and had to take two salt supplements and blast my air conditioning to feel human again. I do not recommend running in 95 degree temps after cycling 53 miles when the average temperature has been 40 degrees for six months.

Thursday – ride the course with coach before short run | 53 miles

I have been having actual fun in the pool! Yes, I definitely need to get an open water swim done but, until the weather cooperates a bit more, I’m doing my best in the pool. Last week was a good one!

Celebrating 12 years married to this guy…

It was a very romantic day of going to see Avengers: Infinity War with the boys. It was a Sunday, we don’t currently have a sitter and we’re going to celebrate by going to the Bruce Springsteen broadway show in June. In case you don’t know, I’m not a fan of the boss but my husband absolutely loves him, so I surprised him with tickets. Obviously I’m the best wife ever.

Coming home and thinking someone may be in the house!

Late last Tuesday night my husband and I were driving home in separate cars, each with one of the boys. As we pulled up our hill my son said “Mom! All the lights in our house just went out!” I thought what he saw were my high beams go off on my car but then, when I opened the garage door, the back entry door was wide open! WTH?

I promptly backed out of the driveway, had my other son hop into my car and told my husband what just happened, trying not to freak the kids out too badly. We both pulled our cars onto the street and then, as luck would have it, our state police neighbor pulled into his driveway.

We told him what just happened and he cleared the house with my husband in tow. Luckily, no sign of a break in. Since the weather had just started becoming nice, the boys have been outside so we figured they didn’t close the back door all the way and, when I opened the garage, the air blew it wide open. As for the lights? I will blame that one on my car headlights and my son’s imagination.

Not a fun night but thank God for police officer neighbors!

I’m kind of still in between books at this point until we decide on a new one for book club. I’m half-assed committed to Red Sparrow still but I will probably just see the movie. Articles, on the other hand, have been off the charts lately:

As sensational as the title seems, the article is less about the dead body (that of lawyer activist David Buckel who lit himself on fire in Prospect Park) and more about other reasons we run and things we run away from. This article resonated so much with me and, of you can stomach the details of the dead body, it’s really worth what comes afterward.

Unfortunately, I agree with everything Hollie details in this post about the death of blogging. It’s so sad to me because I love this space but, I think about giving it up on a weekly basis. There’s not the interaction there used to be and I feel (as Hollie does) that Instagram is taking the space blogs used to occupy but I cannot bring myself to write mini-posts on Insta. Right now, I still really love blogging and I’m not ready to give it up but, that doesn’t mean it’s not dying. Sigh.

While driving in the car one day my husband made some ridiculous statement to the kids about being able to drink out of a river or stream if they were desperate for water. Um, what? Hell no! You can’r drink out of a natural body of water unless you want to get parasites and die.

Obviously, a lively debate ensued, after which my son Miles made this declaration:

“Dad tries to teach us stuff but mom just scares the crap out of you!”

Yep, that’s my job. If you’re scared you just may stay alive to become an adult.

Here’s to a week filled with plenty of clean water…

[Tweet “The Rundown is counting down the weeks to the Half Ironman! See how it’s going… #train4life”]

Ever drink from a river and live to tell about it?

How about bike and run for hours in 95 degree heat?