The Rundown – Dare to Be Good (Enough) 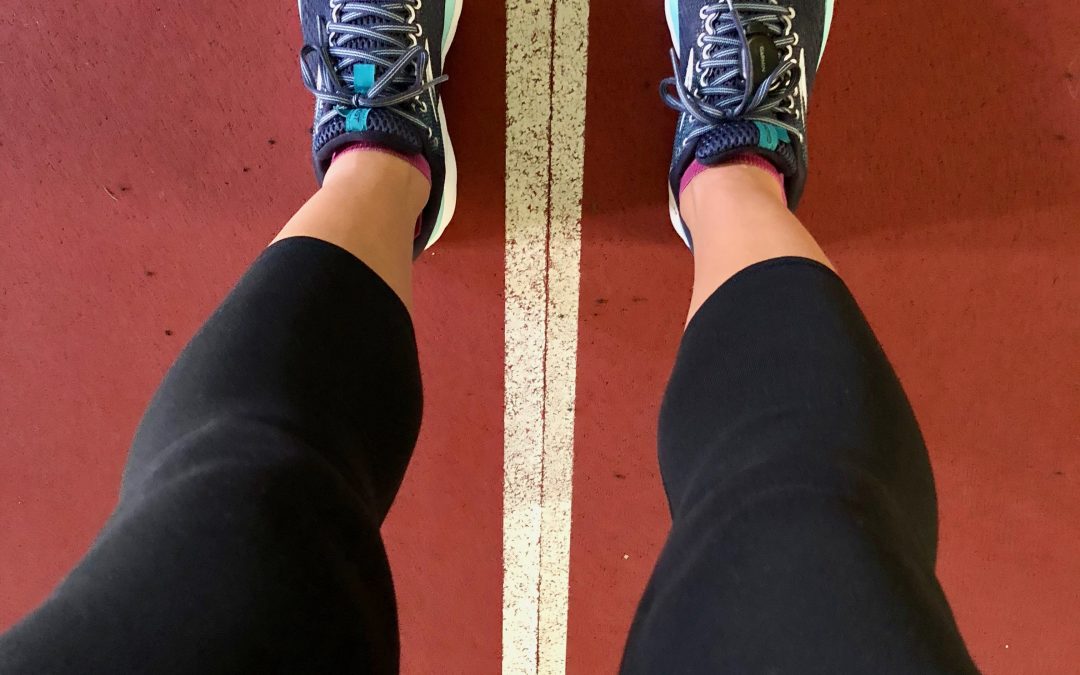 My husband and I have a “devil’s advocate” question we use in clever ways to verbally spar with one another. I have to give him all the credit for coming up with it, but I get credit for using it more. The question is simply “what is it all for?” Imagine my surprise when I recently read those exact words while reading Brad Stulberg’s spot on article for Outside titled “Its Okay to Be Good and Not Great.” Now the question is, “can I dare to be good enough?” So far, it’s working like a charm. 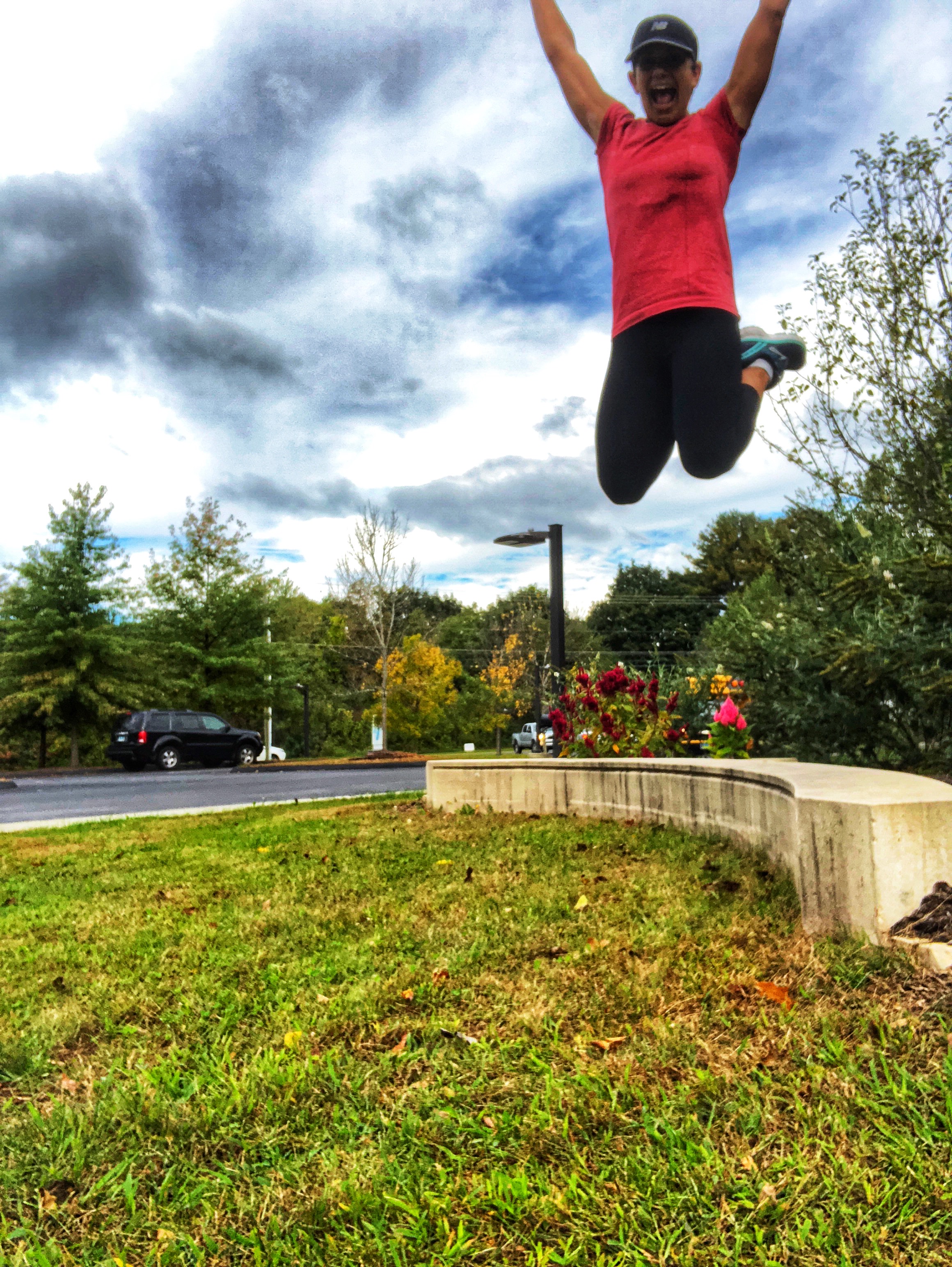 Later in the same article, Stulberg quotes one of my favorite pod cast hosts, athletes and all around cool guy, Rich Roll. It’s a quote I have used here in the past and currently have as my mantra for all things training… 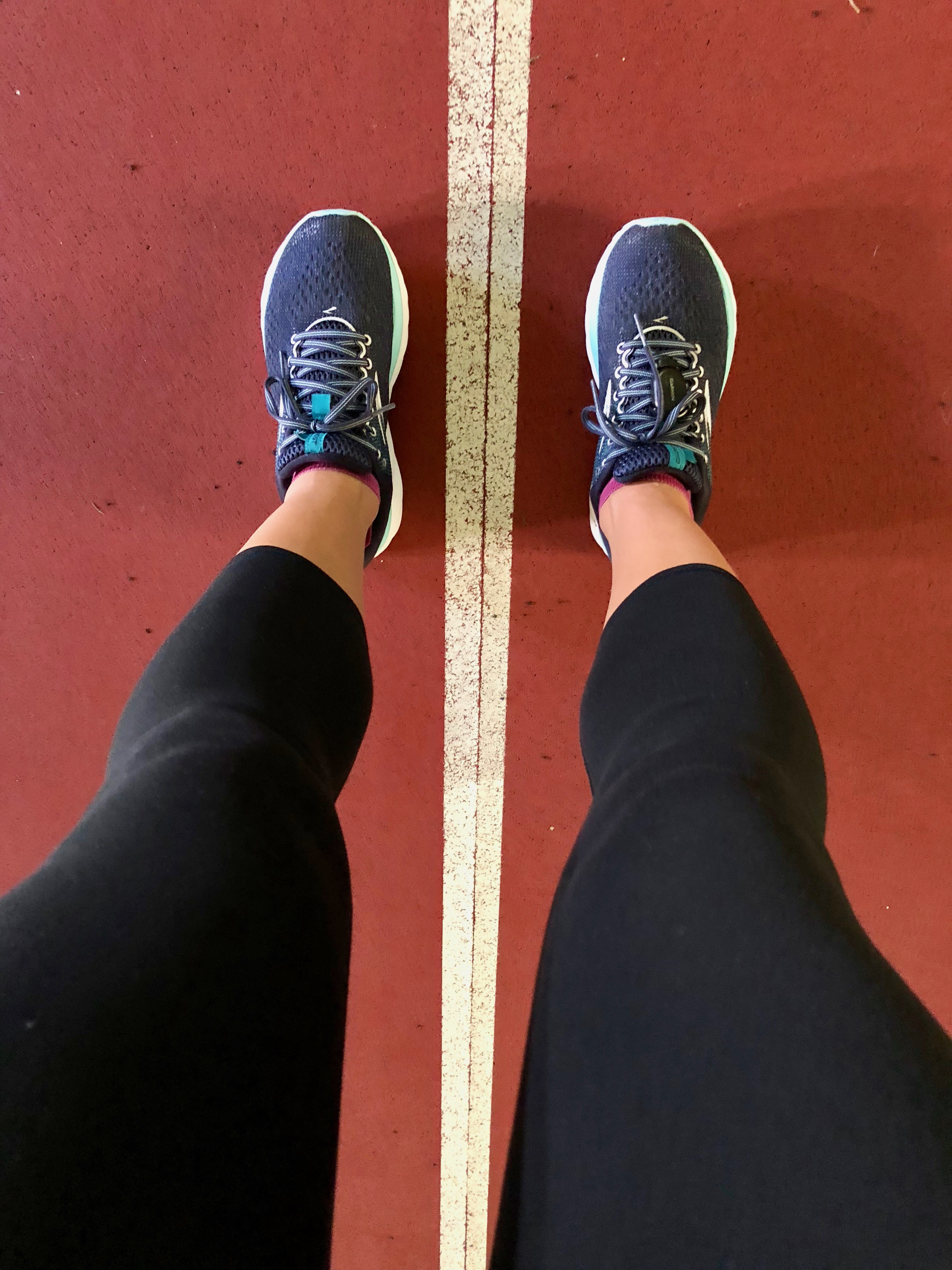 I was able to ride two days this week, one outside and one in, but both were fantastic! If I want to qualify for the World Championships in Duathlon I will need to be very strong on the bike. It will be tough working through the Connecticut winter to race in hot and humid Greenville, South Carolina in the spring but my coach has already hinted about the “heat simulation” training I will need to do. Awesome.

I wish my strength coach would settle for good enough. OMG I think he’s either trying to kill me or work me to my potential, either way, it hurts.

This exchange happened on the squat press…

Andre (my trainer): Don’t be intimidated by the weight. You can do this.

This was just another example of being good enough, of knowing you’re good enough, and making small things happen everyday that don’t seem possible. And no, I don’t weigh even close to 130 pounds!

One day each of swimming (1,500 yards) and strength training (45 minutes) for a nice balance to my training week.

Obviously I love the Outside article on being good enough and not having to be “the best” or “great” or even as good as you were last year, last month or yesterday.

Here are a few of my favorite excerpts that I think all runners (and humans) can relate to:

But what is it all for? What does success even mean? Rates of clinical anxiety and depression are higher than ever. Some experts believe that loneliness and social isolation have reached epidemic proportions. Two-thirds of all employees report feeling burned out at work. Surely this isn’t the kind of success that everyone is after.

This is why I don’t have a job and try to work as little as possible. However, that doesn’t stop me from feeling wholly inadequate when I meet people and they ask the dreaded question “what do you do?” I’ve now resorted to answering with “as little as possible.” Which is better than saying “I take pictures of my ass and put it on Instagram.” Both are true. 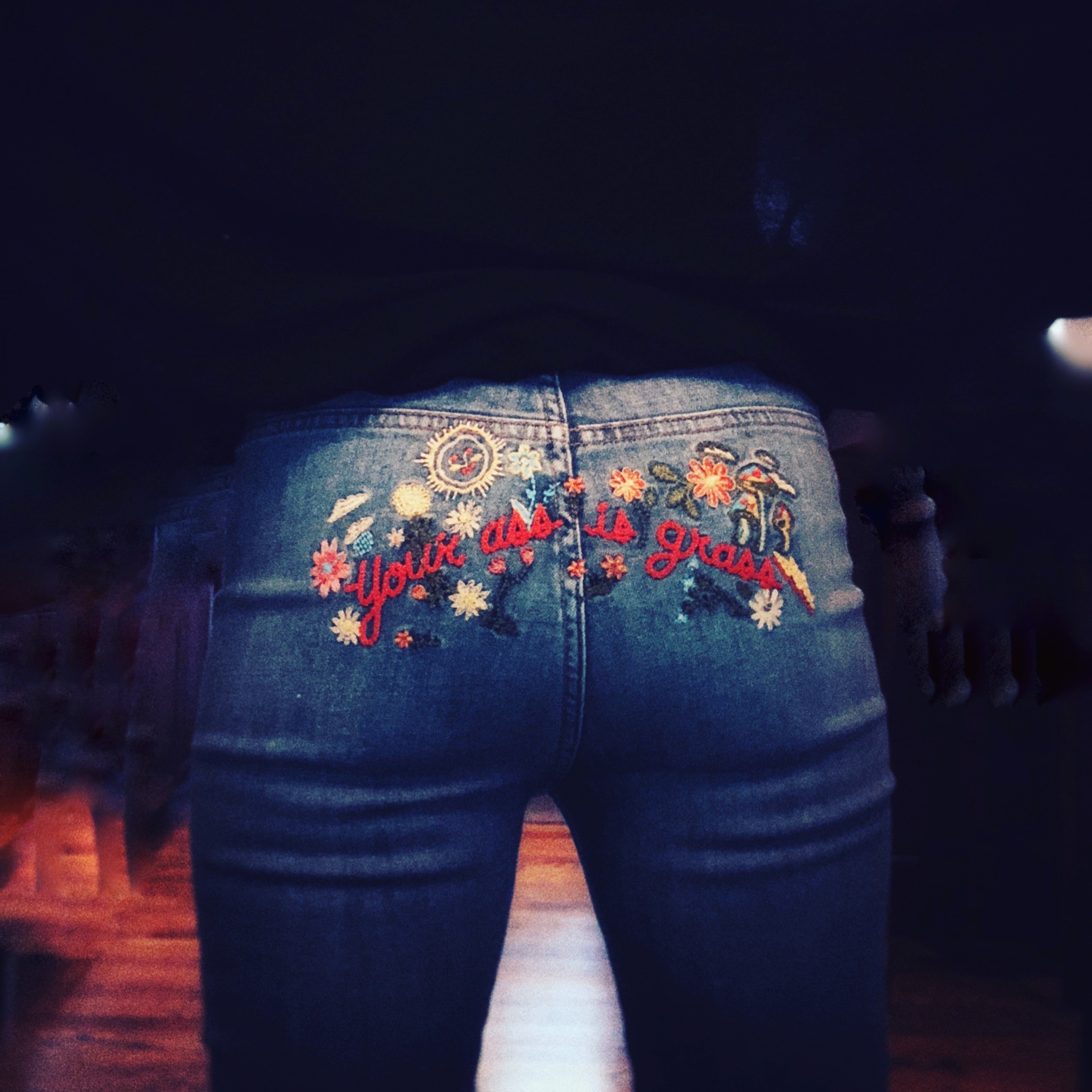 “He [Kipchoge] recently told The New York Times that he rarely, if ever, pushes himself past 80 percent—90 percent at most—of his maximum effort during workouts. This allows Kipchoge to string together weeks and weeks of consistent training. “I want to run with a relaxed mind,” he says.

When is the last time you ran with a relaxed mind? I have no issue with that on my “easy” days but I literally get nervous driving to the gym when I have a track session or certain paces I “need” to hit during a workout and I’ve been doing this for 18 years. Obviously that begs the question “what is it all for?”

I went into my second hard run of the week simply trying to have a relaxed mind and I hit every pace. Coincidence? Who cares? It worked!

Hearing about the Kona Ironman Championship overall women’s winner being attacked by jellyfish before she started the race!

Talk about having a quiet mind, this woman is a hero. I have yet to race a triathlon in the ocean because I’m terrified of being eaten by a shark or stung by jellyfish. Obviously I’m a small little mouse woman and Daniella Ryf is a lioness because she was stung by two jellyfish, under her armpits, during her warm up swim and still went on to win and break the world record (8:26:18) in arguably the toughest athletic endeavor in the world.

If I was stung by two jellyfish I don’t think I could compete in a 5k, let alone shatter the women’s Ironman course record in Kona and give a very calm and detailed interview about it afterward.

It’s a good thing I’m over here just trying to be good enough.

Although I feel I have been watching a lot of television lately, everything seems either boring or depressing. Most of these shows are not even good enough. Get your shit together people!

The Walking Dead Season 3,492 | Ok it feels like over 3,000 seasons because it’s been dragging since one of the best cliffhangers of all time at the end of season 6. Now, the zombies just kind of seem like a small nuisance instead of a threat to humankind, the humans are beginning to rebuild the world and so of course everything is in turmoil and Andrew Lincoln aka Rick Grimes already announced he’s leaving the show after the end of this season. I think I’m done now and not even Daryl (Norman Reedus) can pull me back in.

Anthony Bourdain Parts Unknown The Final Episodes | Well yes, I knew this one would be depressing but, in all fairness, my husband and I have been watching for years and it only seemed right to watch these. Some episodes are truly amazing in classic Bourdian fashion but others are downright eerie, especially the episode in Indonesia, a culture that celebrates and embraces death, where he talks about what he wants to have done to his body after he dies. Shivers.

Jane Fonda In Five Acts | I had no clue about Fonda’s rough upbringing, her mother’s mental illness or a multitude of other depressing elements of her life. However, I would still recommend watching as she is a force to be reckoned with and obviously, a lot of her political life is oddly similar to causes we are fighting again today. Show us how it’s done Jane! 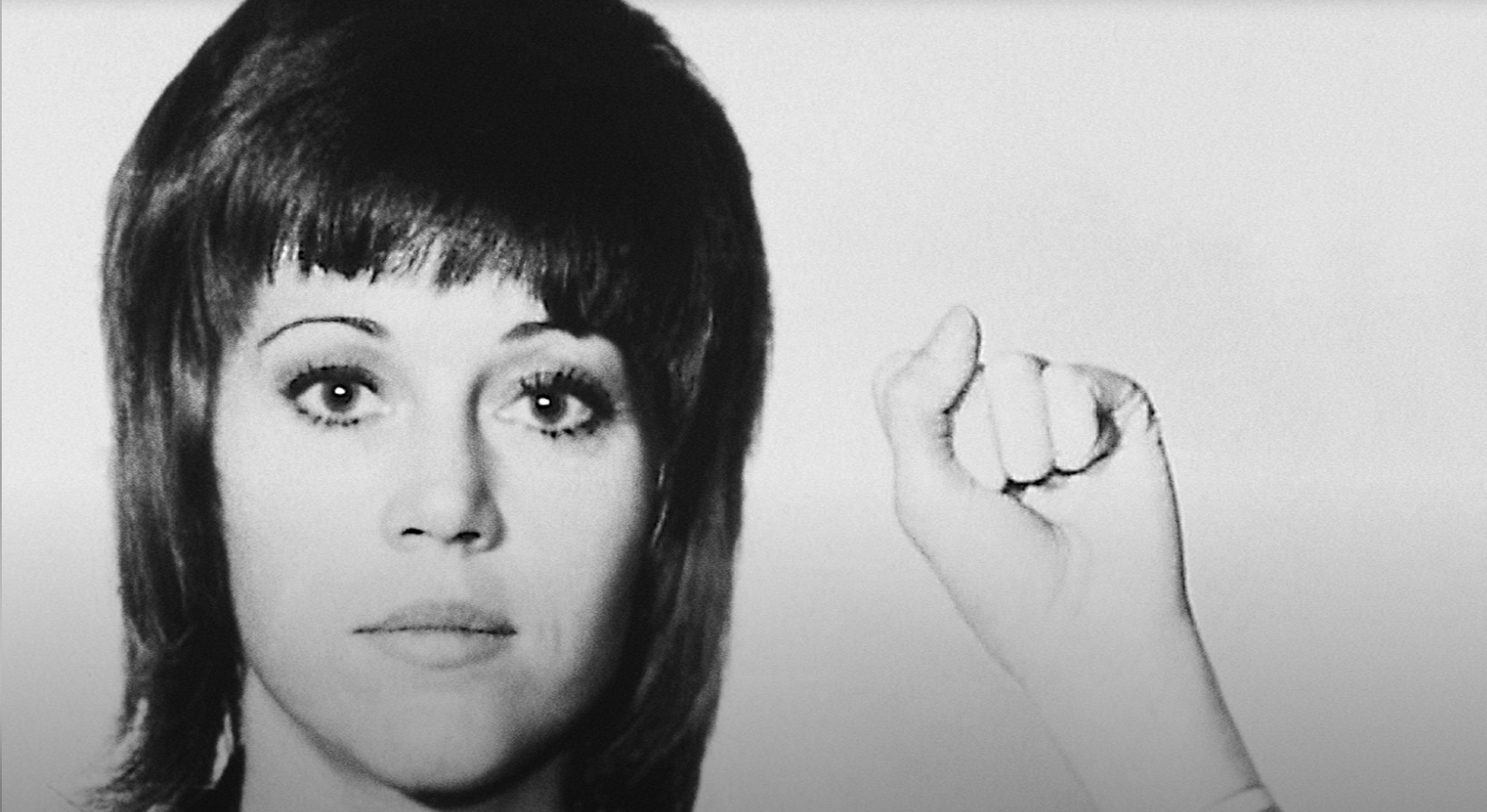 Plus my mom absolutely loved her workout videos, so there’s that.

Thank you to my dear friend Lisa for this baby… 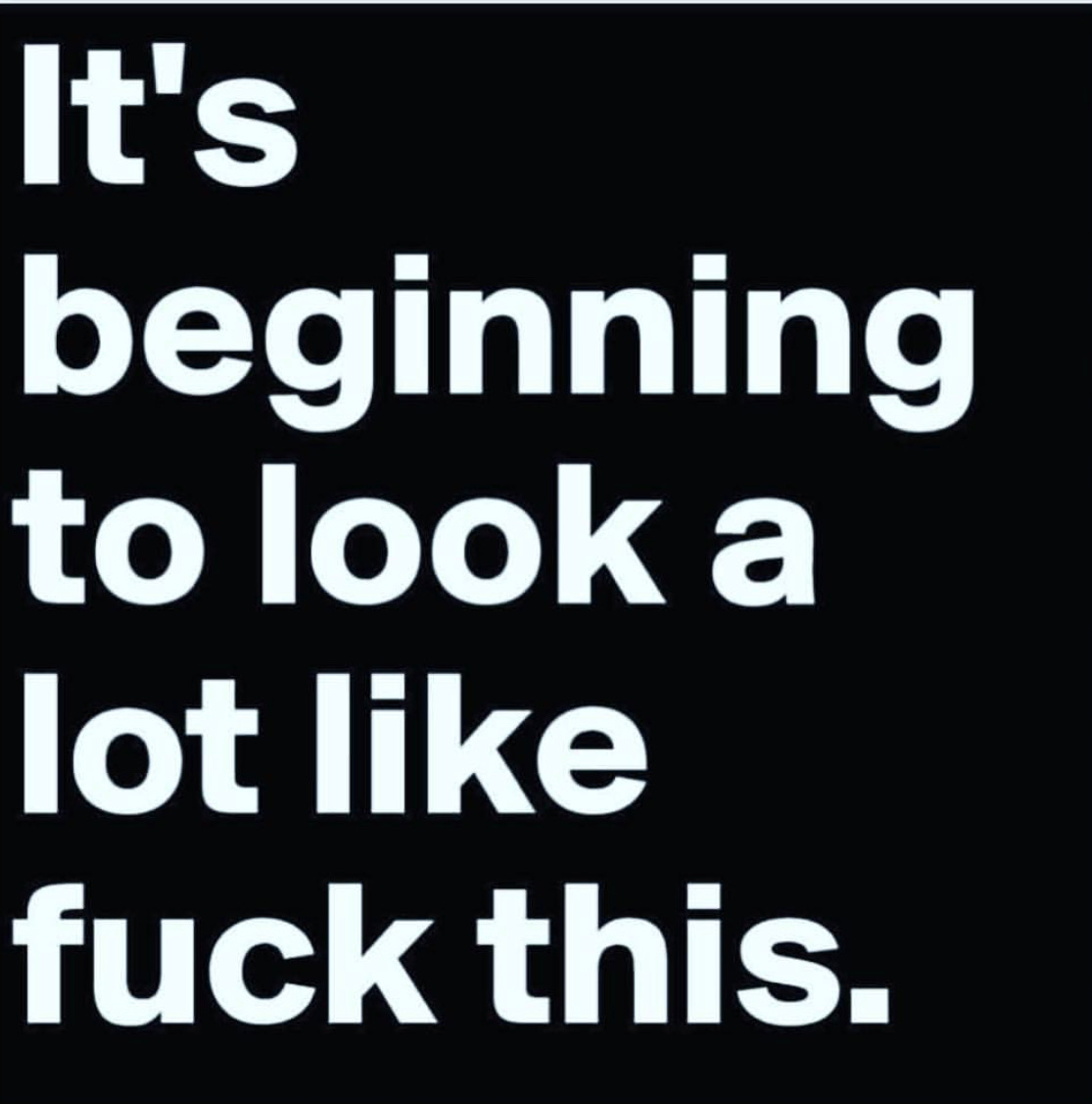 Remember kids, you only need to be good enough today. Be happy with where you are and, if you’re not, do something about it! We get this one fabulous life and you can either spend it watching bad television or getting out into the world and being good enough.

Thoughts on being good enough?

How do you answer the question “what do you do?”