The Rundown – Fitspiration vs Reality 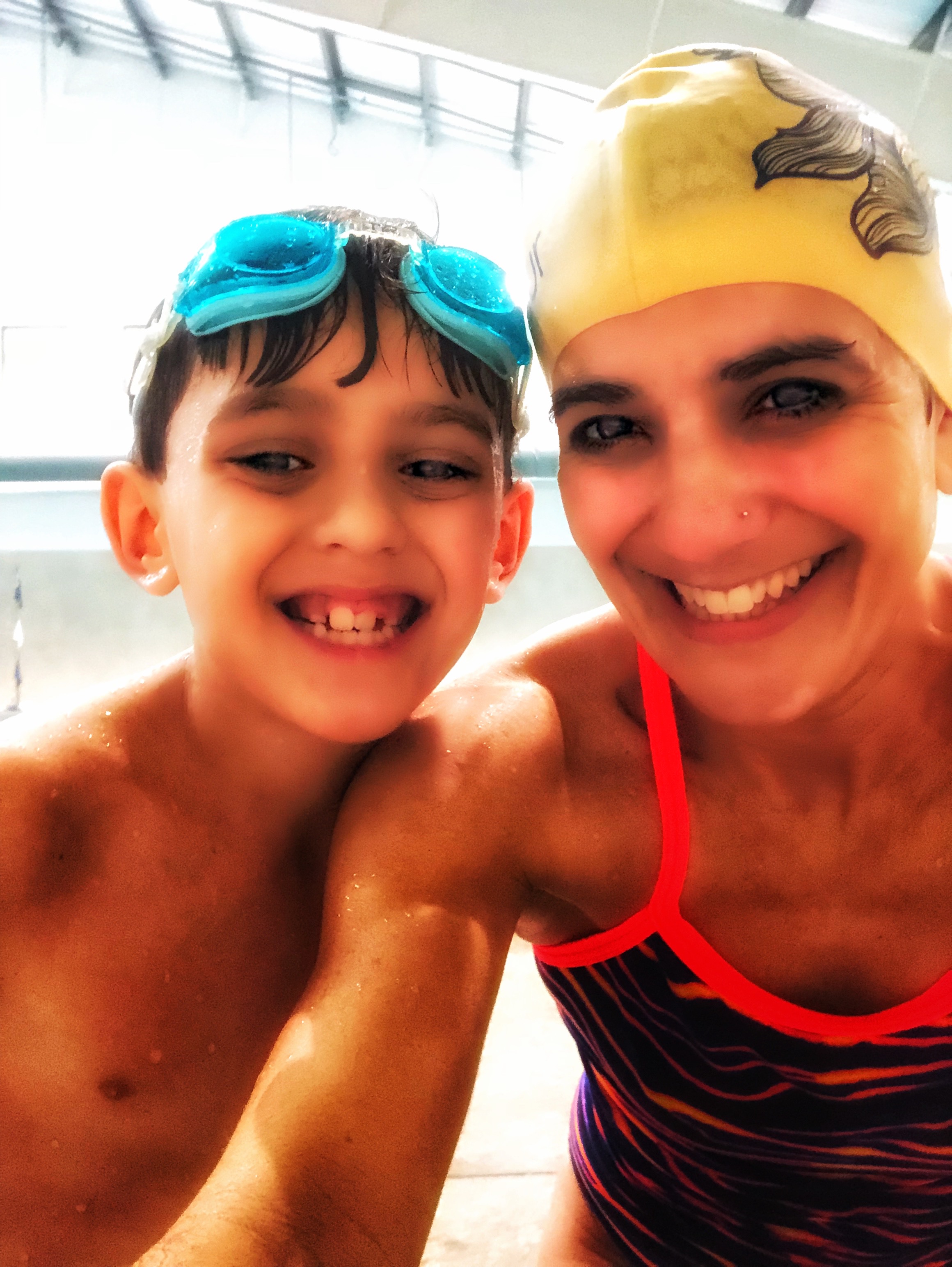 You’ve seen the “fitspiration” memes. Maybe you have even been motivated by them. Well, in the words of  Emma Gonzalez, I’m calling BS on “fitspiration” and talking about the reality of training day after day to reach a big goal vs. a virtual motivational poster. Training for a half marathon is one thing, but training for one that will be after a 1.2 mile swim and 56 mile bike is quite another. But, according to fitspiration… When I was at mile 6 of a 10 mile run on a Friday, and still had an hour of swimming after the 10 miler, this did not immediately come to mind. I’ve been battling some hamstring issues on my right side and sometimes I have to opt for “no run at all” which is definitely better than going out and ignoring my injury cues. Also, what is this woman wearing? It looks like some sort of belted poncho that is giving her added resistance training. #fail Yep, this one always works, and by “always” I mean never.  Sure you can tell your legs to shut up but what about your butt, back and shoulders? Shouldn’t we be yelling at every body part that is screaming for the ride to be over already? Also, this photo appears to have the cyclists riding downhill. Weird.

Thursday – long ride (was supposed to be outside but you know, the weather) | 35. 6 miles Do you know how far a mile of swimming is? It’s 60 laps. Sixty. Six. Zero. And you want me to swim and extra mile? It’s not crowded because everyone drowned. Thanks for the great advice.

Luckily, I did not drown last week and even had a little one on one time with my Vaughn. He jumped in the pool with me for my 8×25 fast intervals and tried to race me. It was awesome. If only Trump had read this one… Also there is possibly no one on the planet who could use squats more than him.

I, on the other hand, nailed it.

I was actually doing box jumps at the end of my strength workout. I love doing them but I do get scared that I’m so tired, I may face plant. Luckily that didn’t happen in my one strength day last week.

You know I love a good Pinterest recipe, especially since there is usually an epic fail on my part even when only choosing dinners with “easy” or “quick” in the title. When I saw this one for “loaded” sweet potatoes, I knew at least my husband and I could eat it and, I foolishly thought I could win this one. I didn’t dare take a picture of what mine ended up looking like, but if you picture what vomit looks like after eating tacos, that will be close.

I cooked the sweet potatoes for over an hour (the recipe called for 45 minutes) and still couldn’t easily scoop out the contents so I gave up and scooped out the semi-soft insides, leaving the remaining shreds of outside skin. After that I whipped up the black beans, greek yogurt, tomato, red pepper and mozzarella cheese with the remains of my potatoes and called it. It was ugly but delicious, kind of like pot pie.

I can’t remember how I came across this article but it’s amazing. Gladwell and Hutchinson are two of my favorite authors and I love how they talk about endurance here. I’m searching for anything I can read to help me wrap my head around the fact that I’m going to race for six hours straight in less than two months.

If you don’t want to read it, you can watch it…you’re welcome.

Just when you think you cannot possibly love Meb Keflezighi any more, you listen to another podcast with him, this time on The Morning Shakeout with Mario Fraioli. I swear my splits for my tempo run were faster just listening to Meb’s gratitude and love for the sport and every single runner he has ever come into contact with. The man is a class act and I hate to see him retire yet I know he will continue to be an amazing ambassador for running.

I highly recommend listening to this on the run. Nothing says “Easter” like four boys with giant black eyebrows and mustaches, but somehow this happened the day before Easter.

Here’s to a week of finding your inspiration from the inside out!…or from a bottle or whatever else you need to do for self care. I don’t judge.

[Tweet “The Rundown is looking at #fitspiration vs reality, another @pinterest fail, new reads and podcasts! #train4life”]

Have you ever actually been inspired by a fitspiration meme?