The Rundown – Just Be Yourself 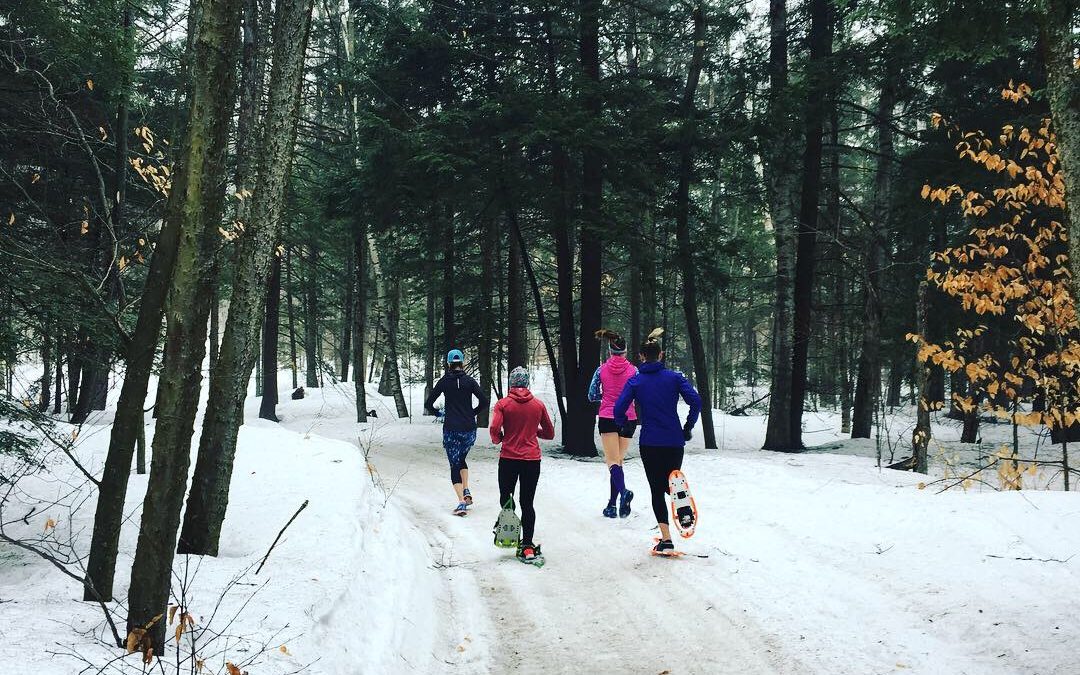 There’s a great monologue at the end of one episode of My So Called Life with Claire Danes when she laments how adults are always saying “just be yourself” like who you are can be concrete and definitive. Lately, I’m feeling I have various “selves” constantly jockeying for position, all of them wanting to win. One of my biggest problems is thinking I need to dedicate myself 100% to one thing and half-ass everything else, deciding some things are “less than” when maybe, it doesn’t have to be that way at all.

“People always say you should be yourself, like yourself is this definite thing, like a toaster or something. Like you can know what it is, even. But every so often, I’ll have like, a moment, where being myself and my life right where I am is, like, enough.” – Claire Danes as Angela on MSCL

I’ve been running for so long now that I don’t feel like myself when I don’t run enough. This was one of those weeks. I’m getting toward taper mode as Duathlon Nationals is a mere two weeks away!

I’m not quite ready to let go of PRs where running is concerned but, in order to run faster, I need to dedicate more time, effort and recovery then ever before. I feel my relationship with running changing but, it’s not anything like a break up, instead it’s morphing into a long marriage that has no need for frills.

Most of my runs this week were on the treadmill by design. I’m doing mostly bricks of ride/run and the point is to transition quickly, as I will need to in my race, and not stop to put on five more layers of clothing before starting the run.

The best runs were on snowshoes and hills with some of my favorite people this past weekend. More on that later…

I still have not made it onto the roads on my bike. I probably could have on Friday but I rearranged my schedule so I could get at least one more day of snowboarding before the end of the season. The cycling season has only just begun but I feel I’ve taken my last turn on the slopes.

I found a renewed love of snowboarding this season and it was kind of surprising. I definitely feel most like me when I’m carving though snow, hurtling down a gorgeous mountain and breathing in the Vermont air, feeling the Bern!

Friday: spring snowboarding with some rain | 2 1/2 hours of mountain time

I thought I would feel a tad rusty in the pool after missing a week, but I slipped right into my stroke like butter. It actually felt really good to do a longer swim after another grueling strength session with Antwan. I really have to start filming the stuff we do!

Getting to spend the weekend with some of my best blog friends! This group of fierceness has not been together in way too long and we definitely made up for lost time!

It’s funny that we all met through blogging but some of us don’t even blog anymore and we’ve definitely moved beyond the “blog friend” label. But, I keep using it because it makes people super uncomfortable and also makes them think less of me. #onlinewierdo

It was the perfect time to talk about my conflicting feelings with racing, career, life goals, you know — really surface stuff. Luckily, these women are all juggling athletic, professional and family goals too (and all the crap that goes with it) so I was in good hands.

There were many moments when I was truly just me.

Forgetting my pants at the gym.

I swear to Christ I am losing it over here. The feeling of absolute dread that washed over me when I realized I HAD NO PANTS to wear after showering at the gym is beyond explanation.

I had two options: wear the disgusting leggings I sweat in for over an hour in my strength session that had been curled up with my other sweaty clothes in a separate bag while I swam or…wear the towel I used after my shower with literally nothing underneath it. No, I didn’t have underwear either which is an entirely different story.

This may be a good time to mention I’m easily grossed out and I was seriously considering the towel option, sneaking out an emergency exit and taking my chances on the alarm.

I went with the first option and turned the leggings inside out, put them on as if they were made of snakes and sped home in record time. That was seriously one of the most disgusting things I ever had to do and I have 9 year-old twin boys.

I never felt less like myself. I have never, in the long history of packing clothes for the gym, forgotten pants. #FML < – – Google it!

Do I have a special read for y’all! < – – practicing my southern slang for my trip to Greenville S.C. in two weeks

I haven’t been digging my book club selections lately so I took a recommendation from another amazing blog friend Dana of Kiss My List.

The Silent Patient will suck you in from the start and leave you wondering just what in the hell is going on and who did what to whom? I bet you don’t figure it out.

The reader is told almost immediately that one of the main characters (Alicia) is found in her home with her wrists cut and her husband tied up and dead from several gun shots to the face! Hows that for an attention grabber? Of course everyone assumes Alicia is insane and killed her husband and then tried to off herself. The problem is she’s not saying a word. Until she does…

It’s an incredible story (a literary journey, if you will and, if you want to sound douchey) and I love that I wasn’t able to figure it out until I was smacked with the truth in the most fascinating way.

This was author Alex Michaelides first attempt at writing a book. I mean, are you kidding me? When I read something like this I feel like I could never write something so intricate and intriguing with such genuine characters who are so completely developed.

I bet Alex Michaelides never forgot his pants at the gym.

This is blog life at its best. #viralphoto

Here’s to another week of being your genuine self – whoever it is at the time, and to never forgetting to pack your pants!

What’s the worst thing you ever forgot to pack, to the gym or anywhere else?