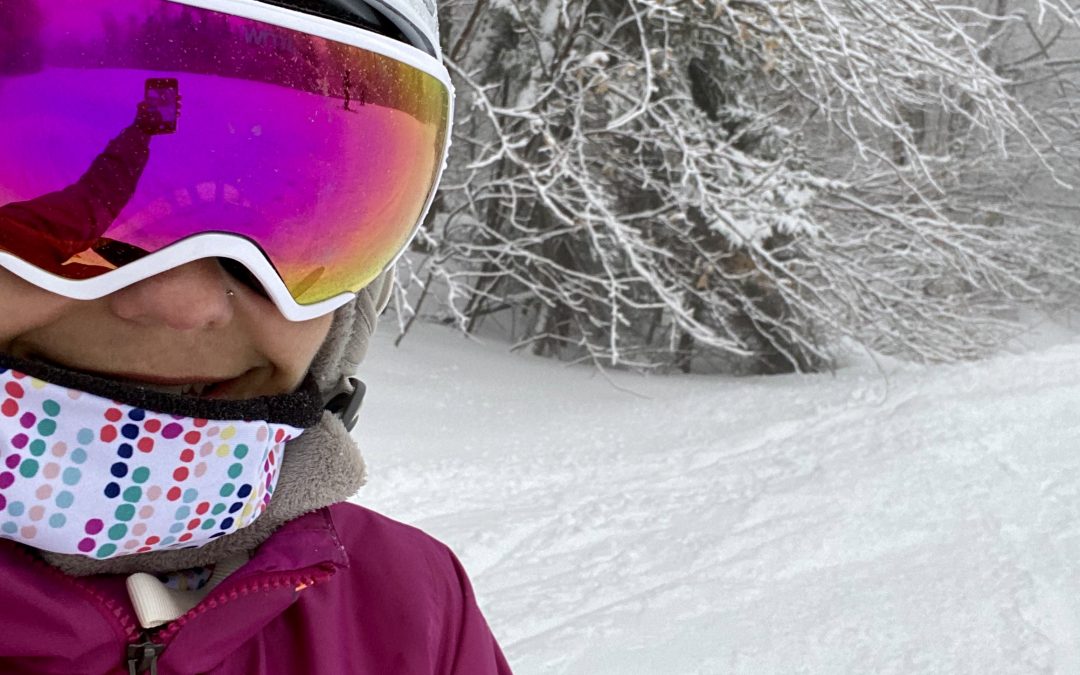 One of the most mind blowing practices I have learned in grad school so far is the concept of Radical Acceptance. Developed by Marsha Linehan and used in Dialectical Behavior Therapy (DBT), the practice is based on the notion that reality must be accepted, rather than fought against, and that fighting and railing against a situation is a greater cause of suffering than the situation itself. #boom

Living with a president who is a racist, homophobic, sexist, ignorant ass hat? Radical acceptance.

Kids taking 15 minutes just to get out of bed in the morning? Radical acceptance.

My mom, who would have turned 70 last week, has been gone for over 25 years? Radical acceptance.

It’s hard as hell (and should not be used in dangerous situations like abusive relationships) but can be applied to a shitty breakup, a sudden disruption in life plans (like losing your job), the death of almost anyone you know or care for and even the loss of a friendship.

I have radically accepted that I don’t track every single detail of my workouts anymore. I have good days and bad days. #thestruggleisreal

According to my AppleWatch I did 27 workouts in January. It doesn’t track snowboarding, and there’s quite a few days of that in January, but whatever.

My best runs by far were the barefoot ones I did on the beaches of Turks & Caicos!

I’ve been on my bike trainer or in spin class at least twice a week. It’s more challenging to make up cycling workouts when I’m home so I usually use them for recovery days, that way I can really pay attention to Ray Donovan. #priorities

I can also claim I’m doing homework since I’ll be writing an assessment and treatment plan based on Liev Schreiber’s character, and all of his mental health issues, for school. Did I tell you how much I’m loving school?

Let’s talk about acceptance. It sucks. It truly does but, if you start practicing some of what Linehan has laid out, I believe it can only make things better.

What is Radical Acceptance? All the way, complete and total; it is accepting it in your mind, heart and body. It’s when you stop fighting reality, stop throwing tantrums because reality is not the way you want it to be, and let go of bitterness. #jaggedlittlepill

What has to be accepted? Reality as it is. There are limitations to everyone’s future but only realistic limitations need to be accepted, ie., I will never have a girl’s night with Taylor Swift. Everything has a cause, including events and situations that cause you pain and suffering and life can be worth living even with painful events, ie., having your mom die when you’re 17.

Why accept reality? Rejecting it does not change anything and changing it requires that you first accept it. Pain can’t be avoided; it is nature’s way of signaling something is wrong. Rejecting reality turns pain into suffering (I wrote a whole post on this!) and refusing to accept reality can keep you stuck in unhappiness, bitterness, shame, anger, sadness or other painful emotions. The path out of hell is through misery (sorry but you have to go though it!) by refusing to accept the misery that is part of climbing out of hell, you fall back in.

All the nonsense surrounding JLo and Shakira from the Super Bowl halftime show. Here are the bullet points for your reading convenience:

3. You have a remote control. If the halftime show was too much for your kids, change the channel. The end. #radicalacceptance

I have been watching a lot of tv for someone in grad school. I do not apologize for it. Here’s the best of the past two months:

Miss Americana: Taylor Swift documentary – Say what you will about TS but please wait until after you have watched this on Netflix. My husband is not a huge fan but I basically made him watch it because I knew it would change his mind about her. She talks about all the things women need to hear more of, essentially, how fucking hard it is to be a woman. Swift discusses her struggles within a male dominated industry (which one isn’t?), her eating disorder, her reputation, what it feels like to be hated by millions and so much more. Overall I was just so proud of who she has become, how she uses her power for good and her talent is truly unbelievable. To watch her create is to watch genius at work. And no, I’m not exaggerating even a little bit.

The Outsider: HBO – Ok, this show is creepy AF because it’s based on a book by Stephen King but it’s so well written and acted, and it has Jason Bateman. #micdrop I don’t recommend watching alone but I highly recommend watching because you will not know what the hell is going on and that is insanely fun.

The Goop Lab: Netflix – Before you roll your eyes into the back of your head, let me explain. I too hated the queen of all non-reality who peddled high priced nonsense to Los Angeles socialites in the name of “health.” However, after I read She Said, the book about how two NYTimes journalists took down that scumbag Harvey Weinstein, I changed my mind about Gwenyth. And now, after watching all the Goop Lab episodes (with my willing husband!) I’m an even bigger fan. Do yourself a favor and at least watch “Cold Comfort” and “Are You Intuit?” It will not disappoint.

I love that my idiocy can make my friend’s day. And yes, I seriously thought this…

It’s a great song and yes, Chris Martin (lead singer of Coldplay) and Goop woman herself Gwyneth Paltrow’s children sing backup – they are 15 and 13 – along with other kids. Radical acceptance!

I hope you can practice some radical acceptance this week! Have a great one.