The Rundown – So It’s My Birthday and What Have I Done? 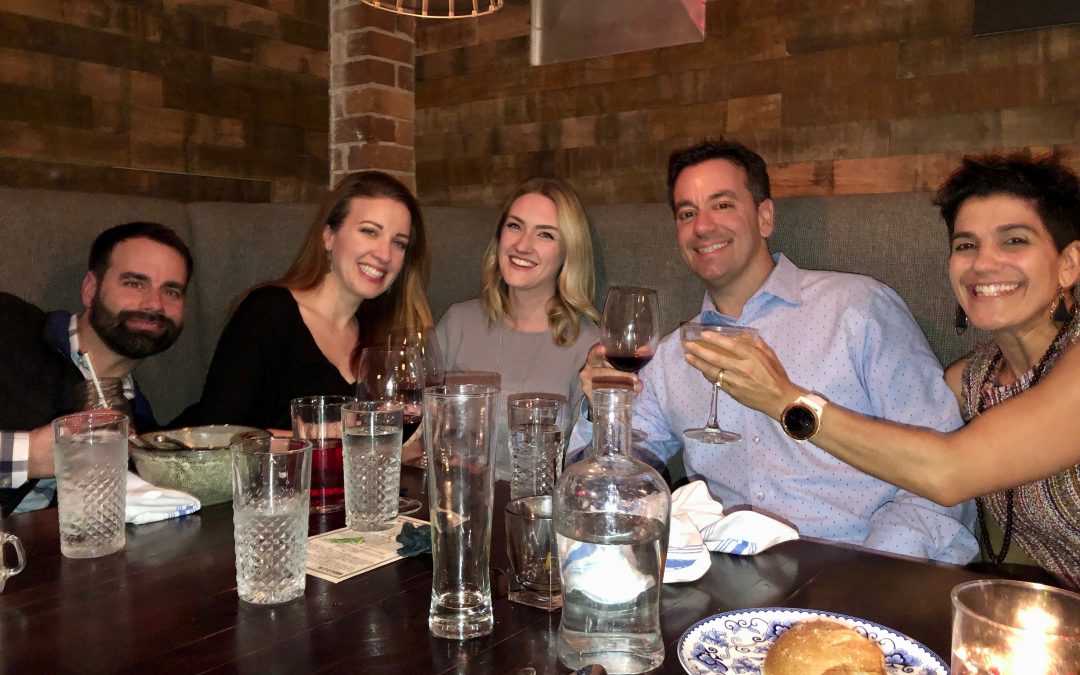 If you don’t know already, birthdays are a pretty big deal to me. My mom died on February 22, 1993 a few weeks after her 43rd birthday and last Thursday I turned 44. It’s scary and weird and liberating and also a complete mind fuck.

Luckily, I have these two to keep me grounded…

Since the age of 17 I haven’t taken my health or life for granted. Whenever I see one of those memes like “live life to the fullest because you never know what tomorrow brings” I’m like – I know tomorrow might bring death so I’m going balls out today! And, no better time to blow it out then when you survive another year, right?

Running has always been a way for me to process things. Lately my runs have been more like death marches. I had a few bad ones last week but all it took was one great one (on the treadmill even!) to turn it all around. It just happened to come when I needed it most – on my birthday.

I’m still trying to get outside but I’m not crazy enough to do it yet with this weather. I’m riding just fine in my basement, thank you very much, and enjoying some good news shows while I’m at it.

That’s right, I didn’t get to swim this week but my trainer kicked my ass and I was sore for days! I feel like that made up for it in a weird way.

I spent my birthday weekend doing what I love most these days – drinking. I mean, snowboarding and hanging in Vermont with friends and family.

Obviously I had the best time celebrating my birthday but I had a really hard time in the days leading up to it. Since outliving my mom, I take stock of each year and try to truly live as if I were dying. I know it sounds super corny but I’m not sure what other way I can put it and I refuse to use #blessed or #grateful but I am both of those things. Damnit! #lookwhatyoumademedo

Things I have changed or done differently in the past two years:

I say no even when it feels uncomfortable and I really want to say yes to make someone else happy.

I’m an advocate for my kids and get to the bottom of every issue they have instead of just believing the “authority” and yelling before listening.

I get out more with other women and force myself into social situations even though they can make me extremely uncomfortable. #introvert

Being okay with not having a paying job, not taking some freelance jobs and exploring my writing for fun or for myself or for my kids…segue…

I started a journal for my kids because I wish my mom had written so much more in hers before she died. I’m hoping my kids can read mine while I’m still alive.

Going places on my own like the yoga weekend I took with my bestie and the Florida triathlon training camp…although I did have LambChop.

Realizing we should probably never have a dog since our first one was insane.

That’s right, this post is all about love and frankly, I’m tired of listening to myself bitch when there’s so much to love. Don’t worry, I’m sure the hate section will be extra long next week. #somethingtolookforwardto

My Aunt baked my absolute favorite Italian cookies for my birthday and hated every minute. I know because she told me and vowed to basically never do it again. This is true, unconditional love people! The best part was her hand delivering them to my door so I got to hug and kiss her and chat for a while.

Being on the treadmill and catching the perfect moments of Rocky IV and then Karate Kid! Of course it didn’t happen in the same day – I mean lightening doesn’t strike twice – but each was equally awesome.

At the end of the Rocky montage, when he’s training though the Russian winter and scales the mountain, I started yelling with him “DRAGO! DRAGO!” and my kids did not even blink. Nothing. They just kept doing what they were doing. Is it possible they are used to my crazy?

As if we weren’t already talking about that, right? Well, there’s more! You’re welcome.

Since I’m trying not to feel guilty about being lazy and sitting on the couch watching TV, I decided to really up my game last week while I was pondering the meaning of my life.

Why is it there’s no guilt in sitting and reading but I feel a rush of it when I sit in the same spot and turn on the tv? Well, I ignored it and was rewarded with this…

After reading this article in the NY Times about Gervais, I was intrigued and starting watching the series. It’s dark but it’s hilarious. It’s a decidedly British comedy (all the actors are British and it’s set in England), Gervais’ character’s (Tony) wife just died and he’s coming to terms with it in the roughest possible way. He also writes for the local free paper which his brother-in-law runs so that’s just a bonus for any writer who is watching.

Although this movie was made in 2014 I just became aware of it from a book club friend. It’s amazing and I had my kids watch it too. Not only did they learn a lot, it really opened their eyes to how privileged they are, simply because they were born in the United States.

The story is about Sudanese refugees who lose everything and walk over 800 miles to a camp in Kenya where they stay for 13 years before they are able to be hosted in Kansas City, MO. I’ve never seen anyone more excited to go to Kansas City.

There is so much to the story and the ending will break your heart but also give a tremendous amount of perspective.

I just happened to catch this on Twitter. My triathlon team is ROCKET SCIENCE since my coach is an actual rocket scientist. I sent this to her and one of my teammates because hell yessssssss…

Here’s to a lifetime of living like you were dying and running like you have rocket fuel!

Do you reflect on your birthday? Do anything different this year?

Do you ever feel guilty watching tv? Reading a book?