The Rundown – The Longest Spring Break Ever 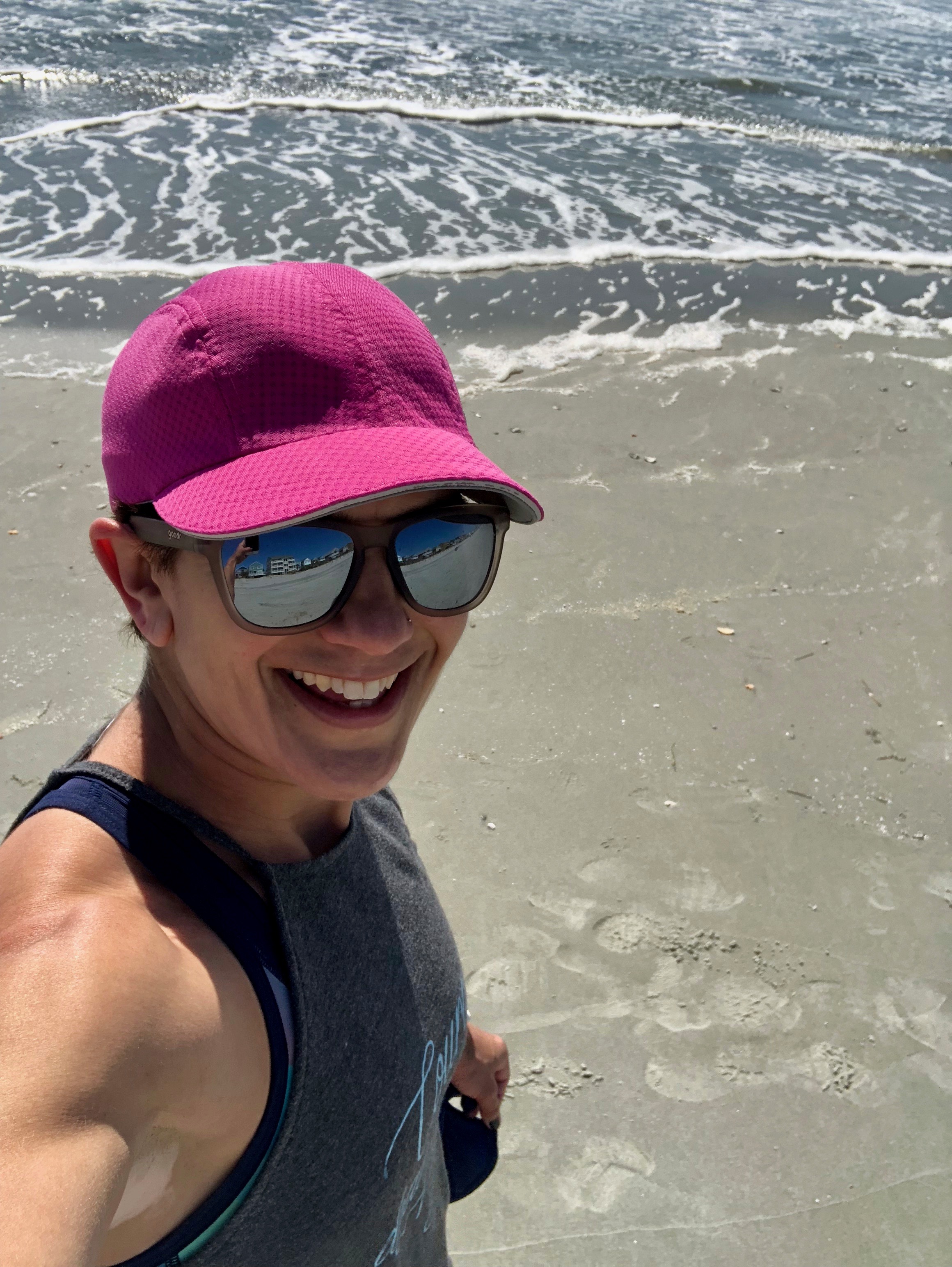 Since we had an extended winter here in the northeast, it seemed only fitting to extend our spring break until it was actually spring. In my time away I saw Pink, a brawl at Fenway Park, Myrtle Beach, sort of overcame my fear of flying, had my longest bike ride ever and NatRunsFar stayed for a weekend.  It’s been a busy three weeks! Running on the beach is possibly the best thing ever.

Running on the beach in South Carolina is hands down the best thing I have done in a long time. I absolutely love running with a view and, this time, my husband and sons even ran with me. I’ve been doing a ton of long runs, speed work, tempo and recovery runs over the last two weeks so I won’t bore you with all the details. Just know, it’s been epic. Running with my Vaughn who wanted to race! He is getting so fast that I almost don’t have to slow down anymore. Almost.

Shortest: 5.46 on the beach in strong winds

Best: Every run on the beach, even in strong winds

I’m really hoping that every ride from now until October will be outside! I check the weather at the beginning of the week and schedule my rides around anything above 50. I was pretty intimidated by my first 50 miler on the bike considering I will have to do that plus a swim and run in just a few weeks but my first one was stellar!

Then I actually rode the course for the race which has a significantly larger elevation gain (3,950 feet). It was windy, at one point it rained, the sun came out for a bit and then I got lost…and it rained more. I was yelling swears into the wind, cursing my local weatherman (I’m talking about you Bob Maxon!) but ultimately, just shy of four hours alone on my bike, I made my way back to Claire (my cursed car) and then ran for 10 minutes since I had to get home for the boys. #firstworldproblems

My legs were DONE but mentally I crushed the course and rode my longest ride ever. I’m going to call that a win! Best: Anytime I was outside

Worst: About 20 minutes of that long ride when I was lost and it was raining!

I thought I might be able to get in some open water swimming in South Carolina until I saw about 50 jellyfish the size of my head, washed up on the shore during a run. That, plus 15-20 mile an hour winds and 65 degree days made that a no-go.

Once back home, I made up for my time in the pool and I’m pretty sure I’m going to have to do at least one open water swim before my big race. Is it possible to get a heated wetsuit?

I decided to just drink margaritas and look at the water while I still could. Too bad my Garmin doesn’t have a “drinking” activity to track my sips. Please tell me my arm is not as big as it appears! WTH?

Best: Does sticking my toes in the Atlantic after my runs count?

Worst: “Hypoxic” drills where I try to only breathe every 7th stroke for 50 yards. My coach wants this to simulate race conditions when you swallow a mouthful of water and can’t breathe right away. Why am I doing this again?

If you ever have the opportunity to see Pink, do not hesitate! She is an incredible performer, woman and mom. I love her message as much as her music and her show was one of the best I have seen. We traveled to Boston with the boys where we went to the Science Museum and took in a Red Sox/Yankee game. There was one bench clearing staring contest amongst the teams and then, another actual brawl. I mean, seriously? Why is fighting the go-to for men? I’ve never seen this on women’s teams. Dumb.

Luckily the boys only saw the first, non-physical confrontation and were in bed for the second. #nightgame Then, Nat showed up! She lives in Los Angeles and had an opportunity to hitch a ride across the country on a private jet (for real!) so she could spectate the Boston Marathon. Naturally she said yes and we were happy to host her. It was a pretty cool weekend and Nat even got to see our horrible weather first hand. Lucky her. Having a great dinner, wine and chocolate cake!

Of course Des Linden won the Boston Marathon and it was all around amazing. I was tracking her epic win on Twitter at the gym and crying while a few elderly gym members looked on. Awkward.

Hearing the words “we have a problem dear,” from my husband in Las Vegas.

The “problem” was he was supposed to be flying with me and the kids to Myrtle Beach but was stuck in Las Vegas, meaning I would be flying with the kids alone and possibly scarring them for life if I had a panic attack mid-flight.

Oh and it also happened to be the morning after a freaking engine blew out on a Southwest flight and almost sucked a human out of a window before killing her! WTH?  #ThereIsNotEnoughXanaxInTheWorld They have no idea what may happen once we get in the air.

I’m happy to report that I acted like a normal human on not one, but two flights (actually four total if you count the trip home) as if flying is totally safe. Imagine that? I think the Southwest accident actually made me feel better in an odd way. If those pilots (obviously one was a woman) safely landed a plane with a blown engine and a gaping hole in the side, then I should probably not worry too much about turbulence.

I’m cutting this one a little short since you’ve probably had enough. Plus, I’m currently reading Red Sparrow by Jason Matthews and kind of just want to stop and watch the movie. The book is fantastic but I’m dying to see Jennifer Lawrence kill it on screen.

Anyway, back to this… Apparently, squid hats are all the rage.

Here’s to getting back to reality and finally seeing some spring temperatures!

[Tweet “The Rundown is back from the longest spring break ever with @pink concert, a Boston brawl and visit from @natrunsfar”]

Tell me about your spring break!