The Rundown – The Wonderful Weirdness of Hershey Park 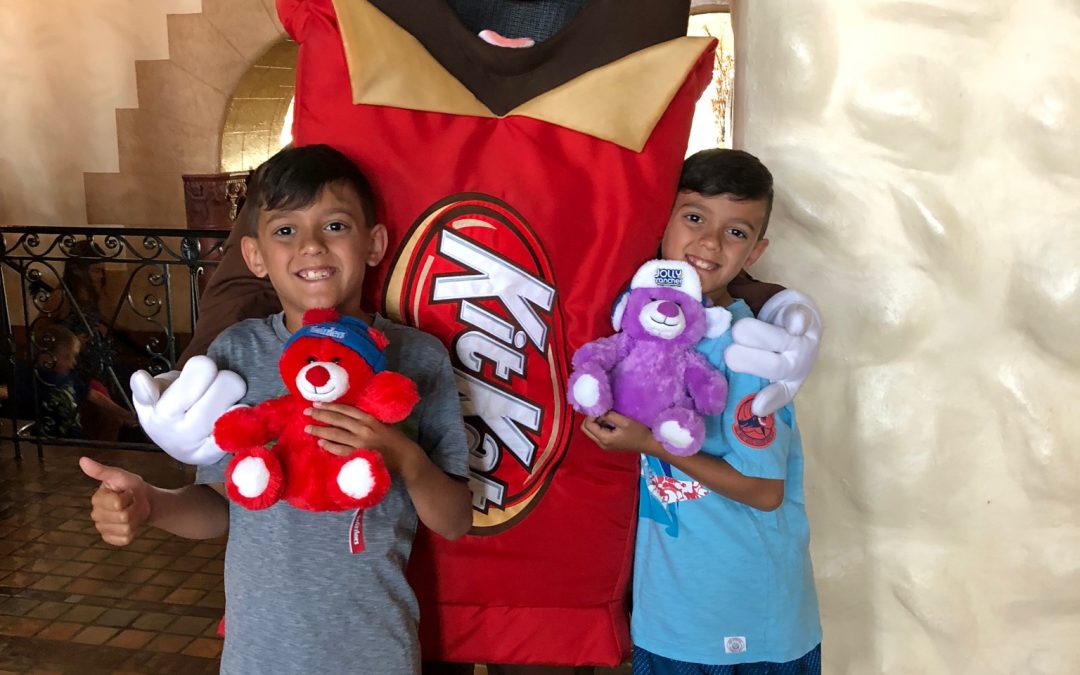 Where are you going? You’re driving 5 1/2 hours for an amusement park based on chocolate bars? You mean “Hershey” as in Hershey bars and kisses?

These are all the questions I usually get when I try to explain that my family and I are going back to the Hotel Hershey and Hershey Park, as we have for the past six years. It’s incredibly hard to describe just how fun and special a hotel, town and theme park based on chocolate bars (especially for someone who never eats them!) is to me and my family. I’ll try to do it mostly in pictures but I really wish the internet had scratch and sniff because, although I don’t eat milk chocolate very often, the smell is amazing. #IAteABagOfFrozenPeppermintPatties 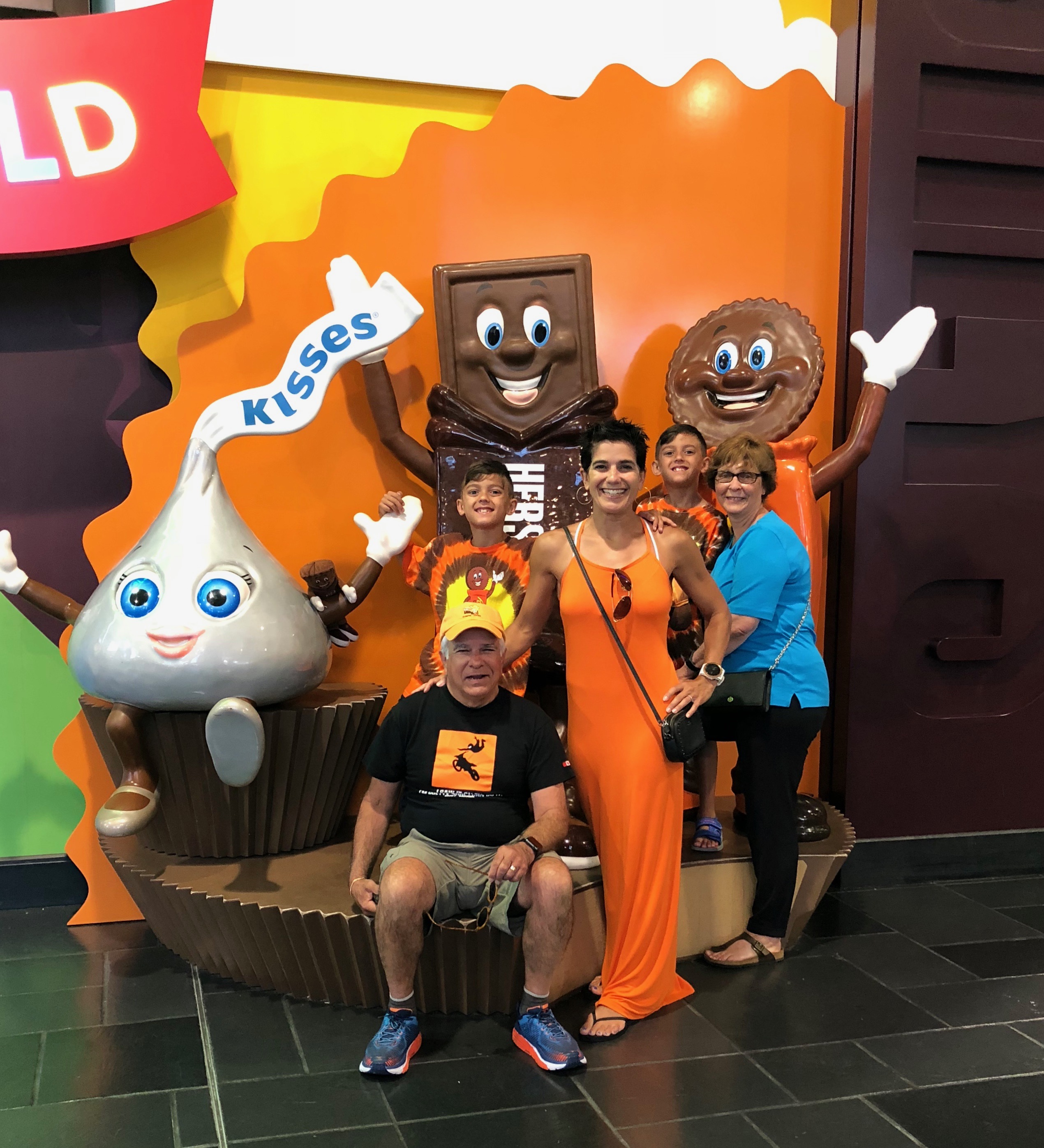 Who knew my dress would match so well? #Iloveorange

I absolutely love running in Hershey, PA. I could do without all the hills, but how cool is it when you get to run by a major theme park, famous chocolate factory and museum, in under an hour? I also get to wake-up early (yes, I get to!) and run with the sunrise, which means I’m back before my kids wake up and then I’m ready to start the day. Plus, I’ve been going to Hershey for so many years now, I have regular running routes and plenty of hills to do endless repeats.

I only wish the video showed more detail because the hotel and downtown areas are gorgeous! And yes, everything smells like chocolate.

Thursday – aerobic progressive run on the treadmill again because of the weather again, after bike | 5.14 miles

I actually contemplated bringing my bike to Hershey this year but then I contemplated the likelihood of my husband divorcing me if I did, and I reluctantly left it home. I would love to do some cycling routes in the beautiful farmland of Hershey, PA but I didn’t want to get greedy. Or upset the Amish.

I was able to do a few long rides before I left, and one more before the olympic distance triathlon race yesterday. More on that later in the week… 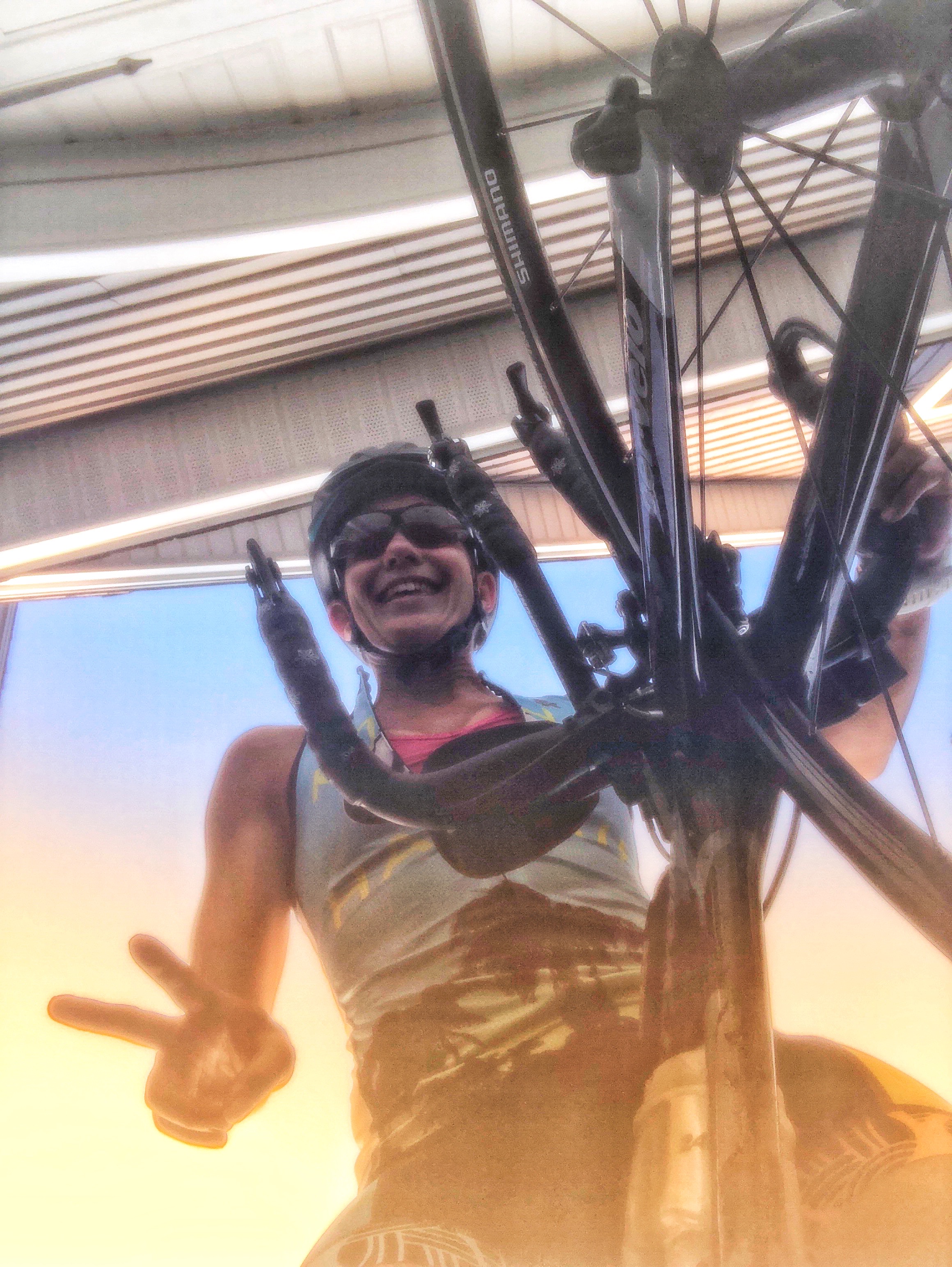 Riding in the hazy, hot, humid disgusting-ness before we left for Hershey.

I did a ton of pool swimming and water slide racing with my family at Hershey and it was fantastic! I also did plenty of lounging in a cabana. The secret of this vacation is it’s not about the park at all, but all about the hotel pool! 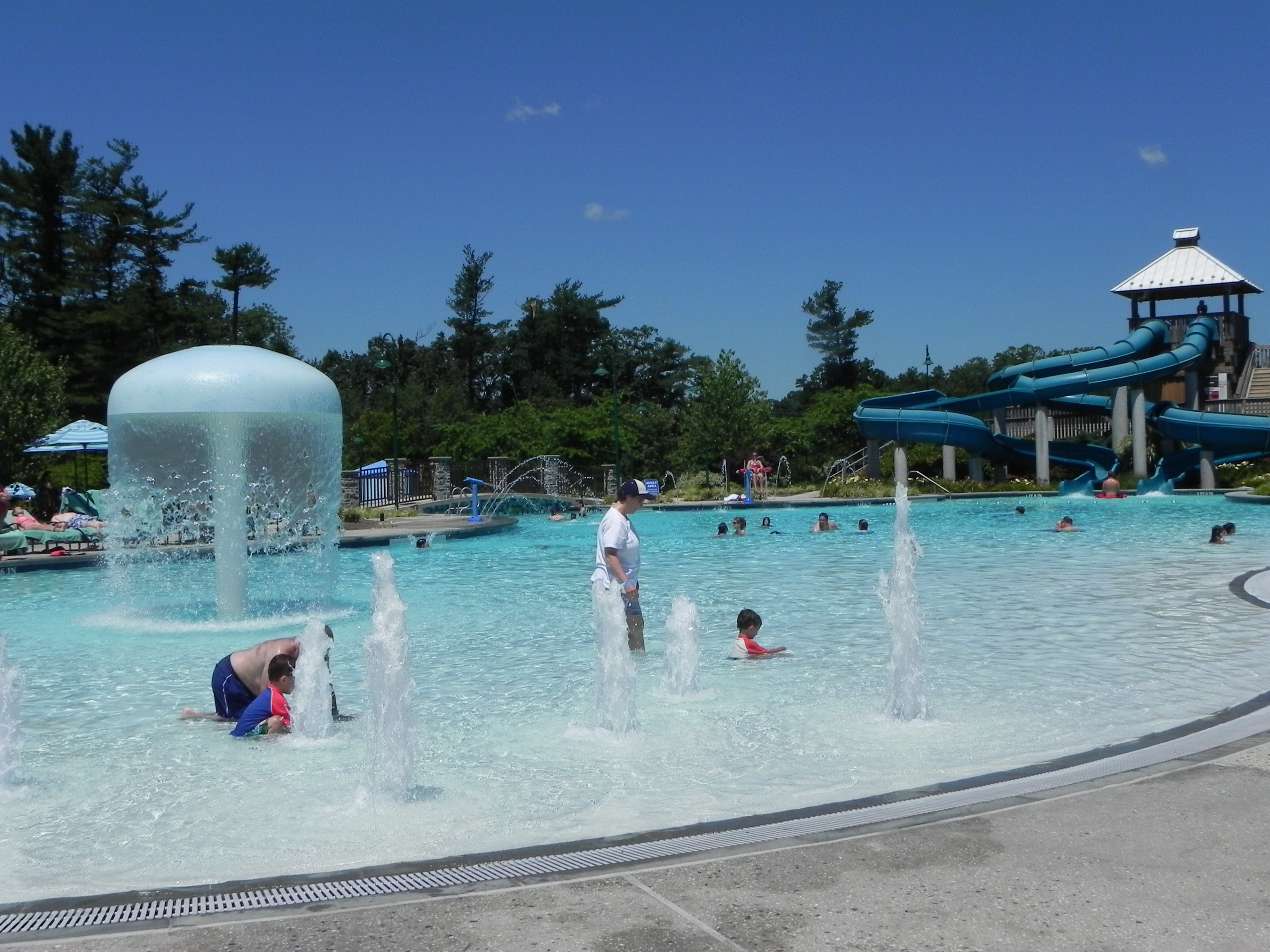 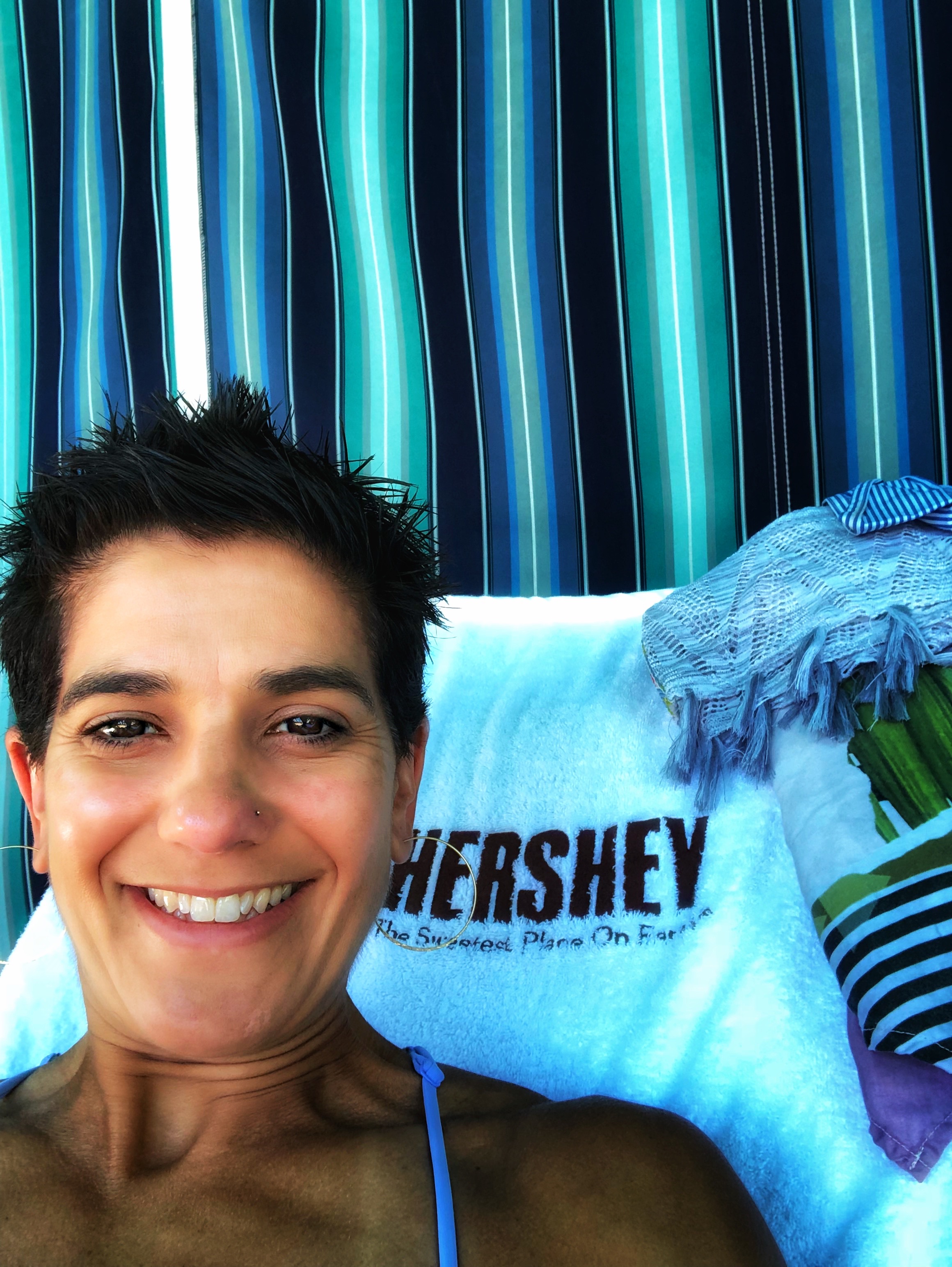 I did manage to get in some actual swim training before I left but obviously it was super boring in comparison.

The boys still absolutely love seeing the Hershey characters and truly believe in the magic of chocolate. They also did the floss with Hershey bar, naturally: 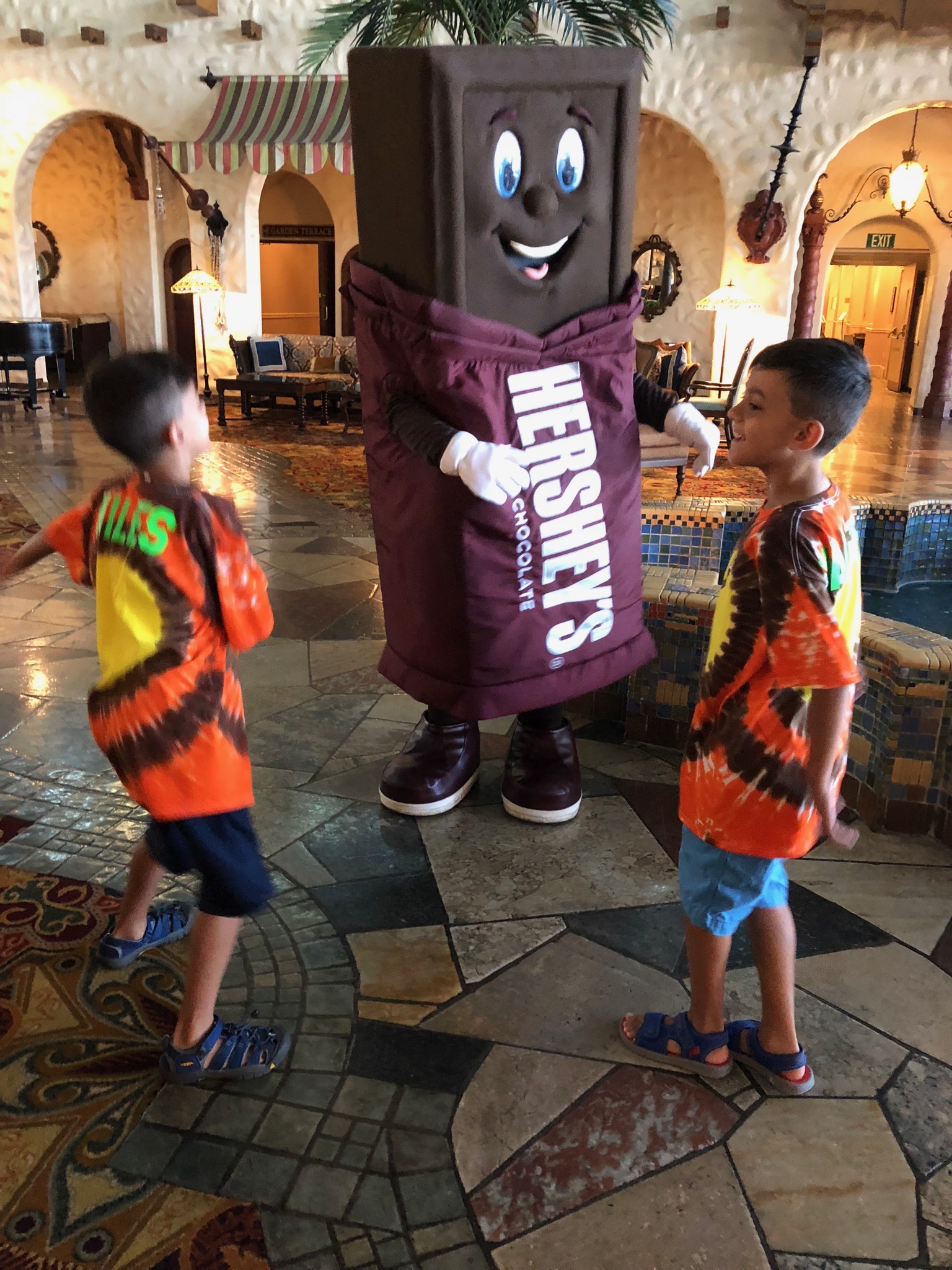 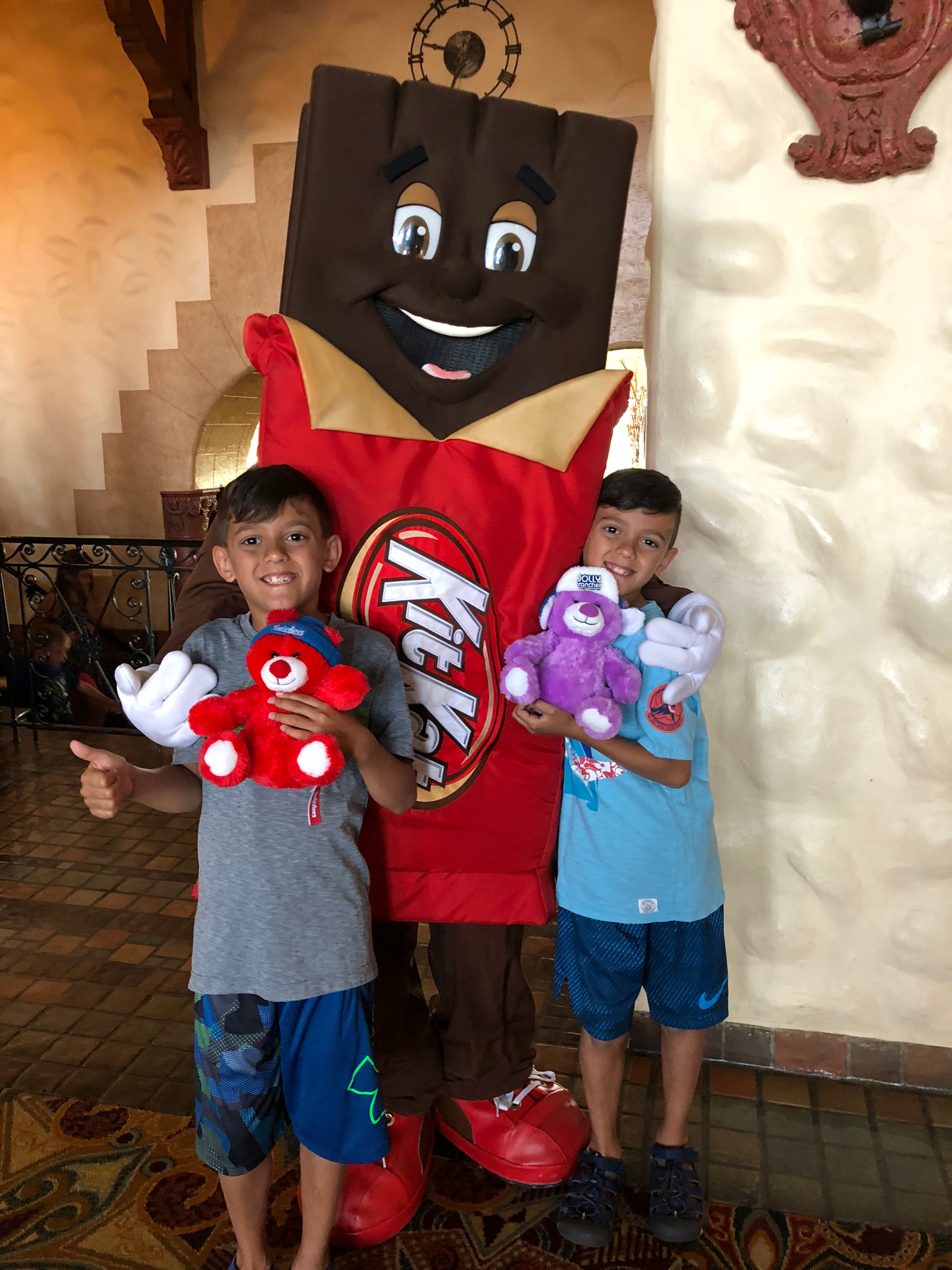 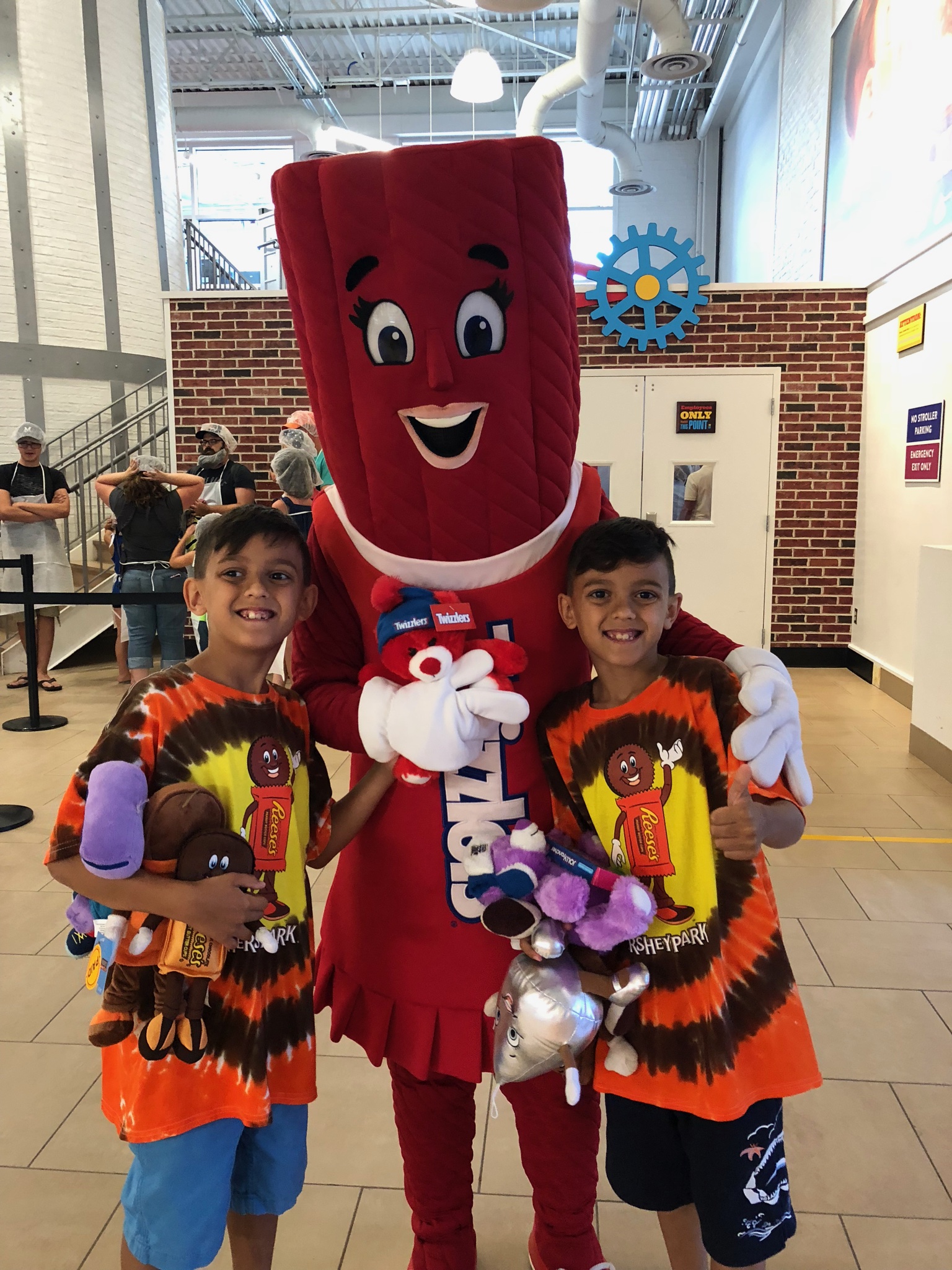 In case you didn’t know, Twizzler is a girl. #burningquestionsanswered

At Chocolate World (separate from the park) you can see a 4D movie, take a ride to visually and audibly learn how Hershey chocolate is made, buy 3,267 things with Hershey logos on them and make your own chocolate bar! Of course you have to dress the part… 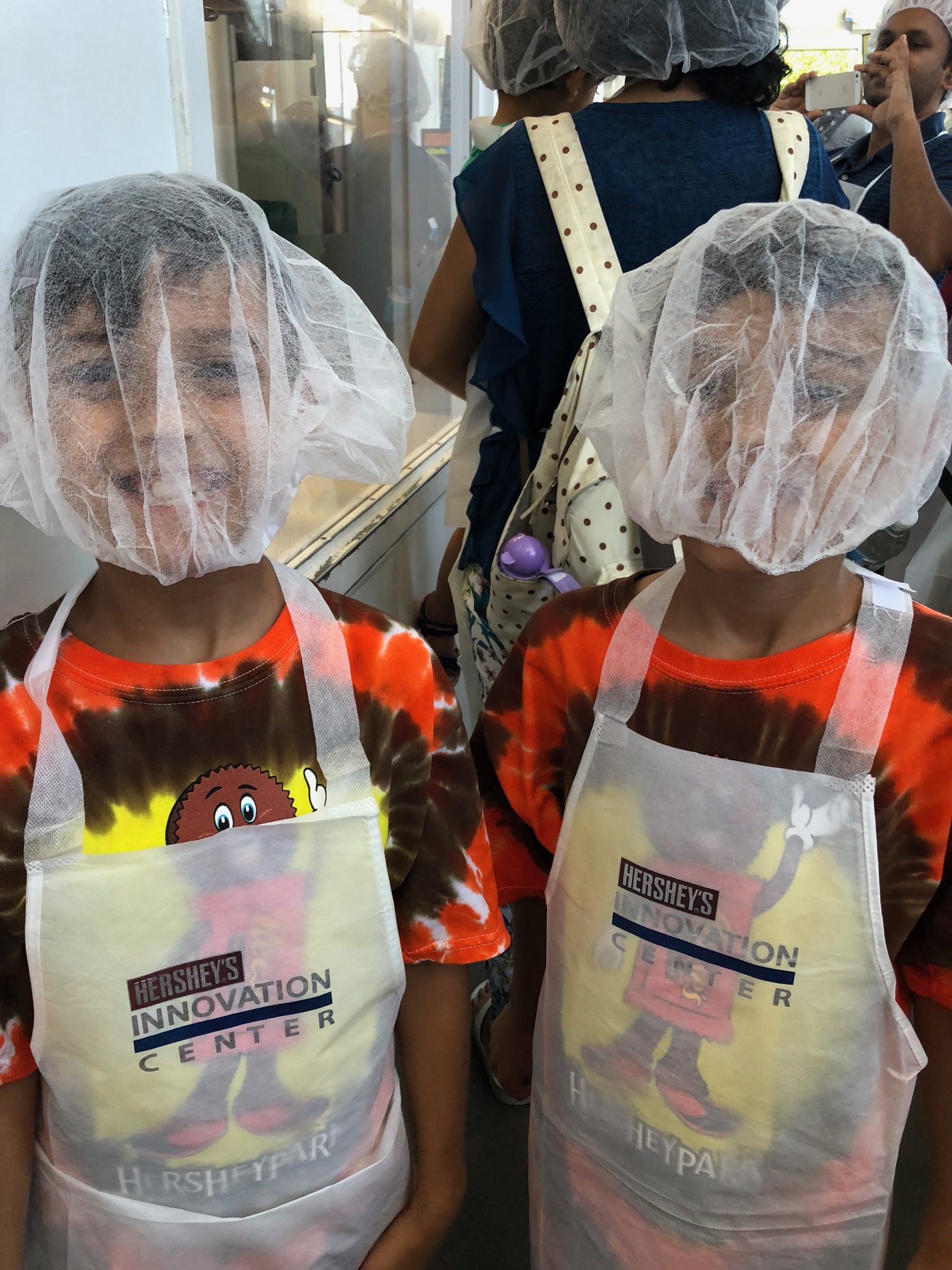 Hairnet over your face is not required but…

We also enjoyed cooler temps in the park this year (for once!), so many great dinners, desserts (of course) and s’mores around an open fire almost every night. The kids are endlessly entertained with daily bingo, bean bag toss boards, an arcade, ping pong tables, golf putting with glow golf balls and sticks at night and an entire Cocoa Kids Club with babysitting services. 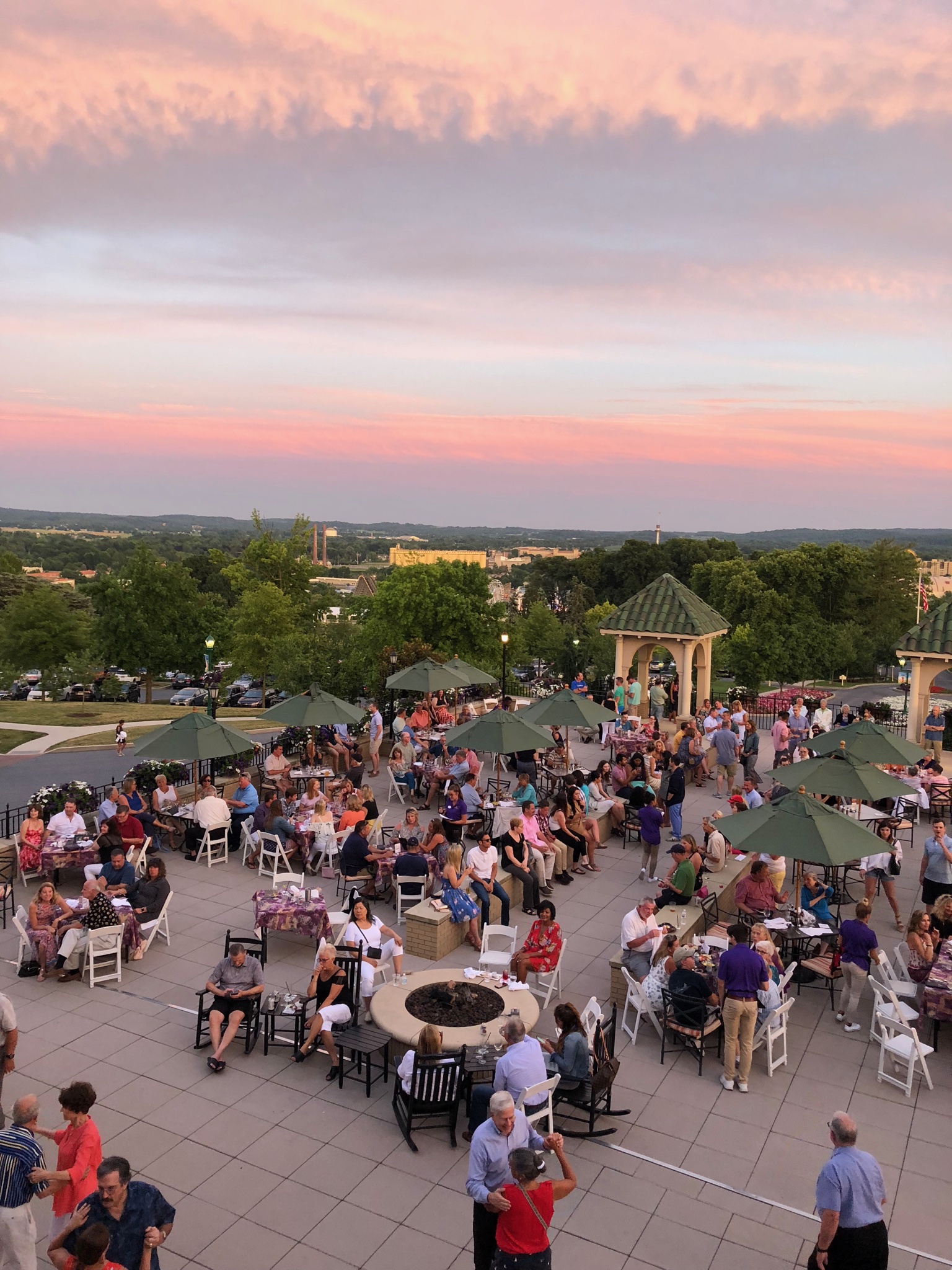 Live jazz, dancing and cocktails on the veranda of the hotel overlooking the park.You can barely make out the twin smoke stacks of the Hershey Chocolate Factory in the distance. 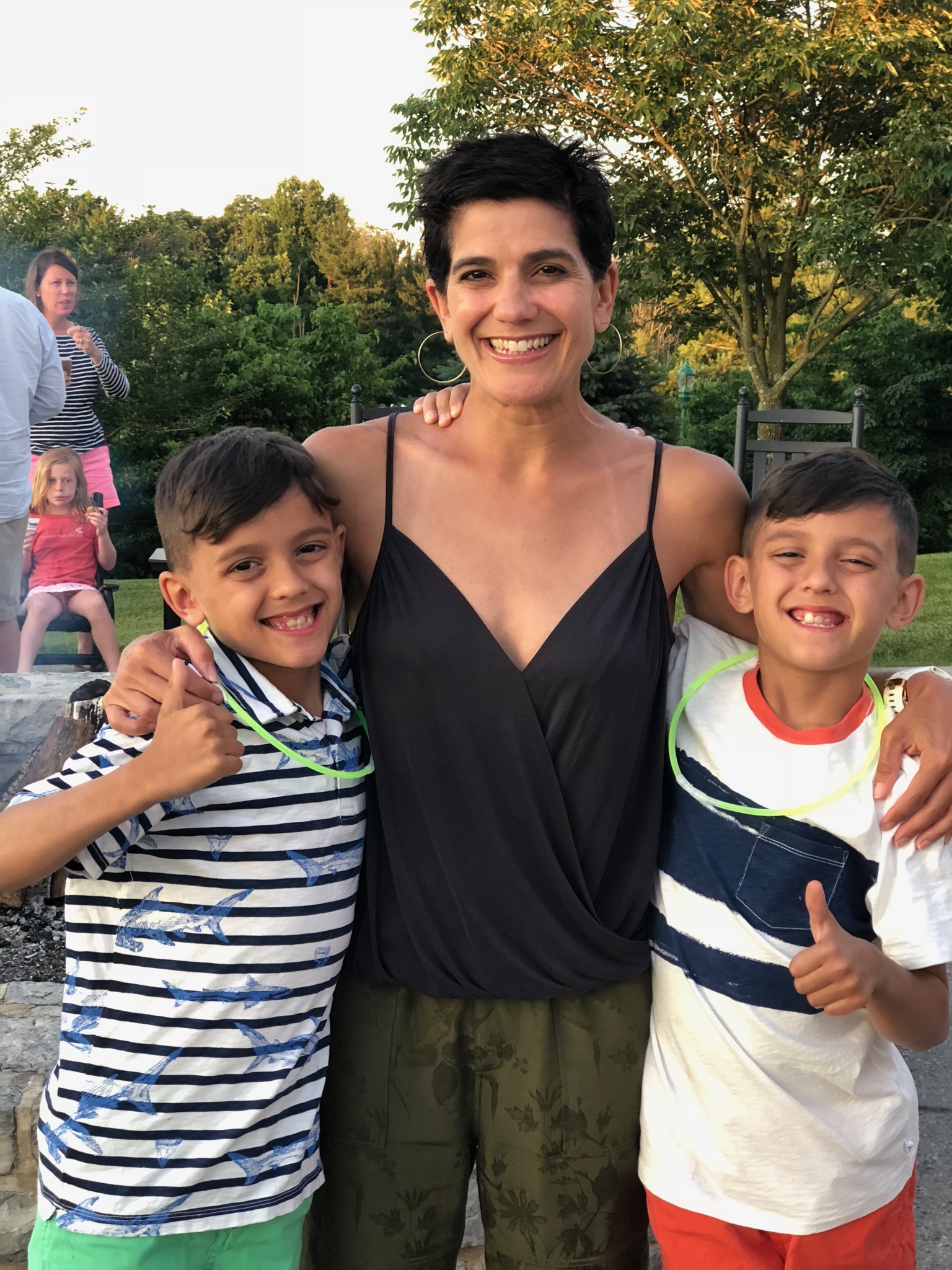 The real deal – s’mores night over a fire with full size Hershey bars…and glow necklaces because kids love everything that glows.

I wish more people knew the story of Milton Hershey and what an innovator, philanthropist and brilliant man he was and the legacy he left. I’ll bullet point it for ya: 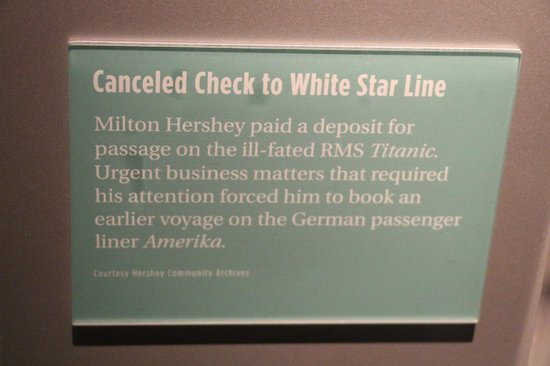 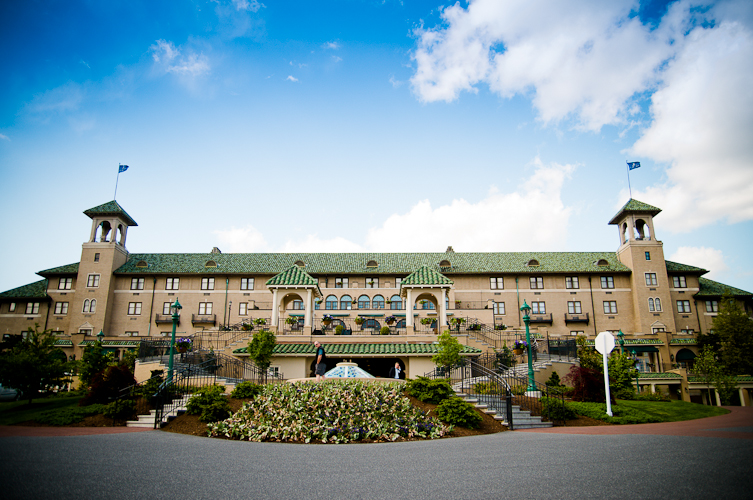 Now that you know everything you ever cared to know about Hershey, let’s get back to the present, shall we?

Riding in the car with the boys and listening to the 80s on 8 channel and “Baby Got Back” by Sir Mix-A-Lot comes on:

Me: Omg this song was popular when I was in high school! It’s hilarious!

Vaughn: *after listening to maybe one verse*  This guy is obviously nuts!

I agree, Vaughn. I agree. But…you can do sidebands or sit ups but please don’t lose that butt! #babygotback

Hope you are having the sweetest week filled with chocolate everything!

[Tweet “Why spending a vacation @hotelhershey and Hershey Park is not as weird as it sounds! #MaybeItIs #SweetestPlaceOnEarth”]

Oh, I almost forgot! I did end up doing that Olympic distance triathlon yesterday! I’ll be blogging about it later in the week so stayed tuned…

Have you ever gone to a theme park on vacation?

Have you ever been to Hershey?

Where is the weirdest place you have traveled?