The Rundown – You Can’t Get There From Here 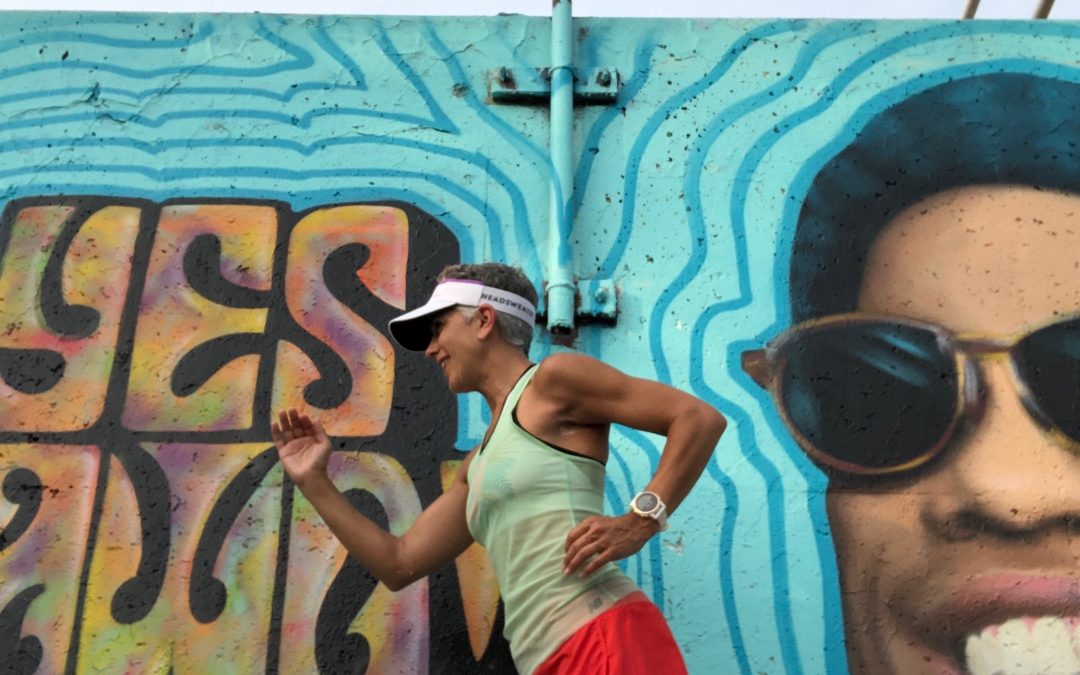 “You can’t get there from here” is a theme in New England in general and Maine in particular. My family and I never planned on spending six days in Portland, Maine but it ended up being a great adventure. Sometimes the best things are unplanned, something I don’t really believe in because I’m a neurotic planner, but as you will read, a lot of good came from an accidental click of a button and measures beyond our control.

If you’re as crazy as I am then you will attempt to run yourself into the ground in the days leading up to vacation because you know you will probably not get quality workouts in once on vacation. I almost killed myself with little sleep and long, hot, grueling runs for three days in a row before heading to Maine…and then I did more once I got there. I’m not too bright.

Plus, I was able to meet up with my sweet blog friend Kara for a gorgeous 8 miler around the cove! The miles flew by as we chatted the entire way.

As Kara and I were finishing up, my husband came running from the other way. Massive surprise. So much so that Kara actually recognized him before I did! Later on he said “I didn’t think that was you because I’m not used to you being the tall one!” LOL! Kara is adorably small…

Have I told you how much I love riding with my kids? They absolutely love being on their bikes and Maine is a perfect place for group riding! We rode the same trail around the cove that Kara and I ran and then biked the entirety of Peaks Island…more on that later.

We were never supposed to spend six days in Portland, Maine. We were supposed to be visiting Nova Scotia for the first time ever, and then our ferry service was canceled. Yes, canceled. Since flights to Halifax (in case you’re wondering) average about $1,000 per person on the fourth of July holiday, and driving there would take about 24 hours, we decided we needed a new plan.

I canceled my AirBnB and frantically searched for another one somewhere in Maine. I found a great place in Portland, within walking distance to literally everything, but never thought we would have such a great time!

Then, when making online reservations for dinner, I accidentally scheduled a placed called The Chebeague Inn based on the photo of the gorgeous front porch with ocean views. Once I made the reservation, there was a notation saying it was on a freaking island off the coast of Maine and we would have the ferry in. Wtf? #youcantgetherefromhere

After consulting with the fam, we decided to keep the reservation and booked a water taxi to get us out there and back. It ended up being one of the best parts of the entire trip!

We also found out there are like 1,000 islands off the coast of Portland, some of which are pretty populated and all of which are beautiful. We ferried out to Peaks Island on Monday where we biked, swam and ate our faces off. Who knew Portland was this amazing?

There is a pretty significant homeless population in Portland and a lot of the homeless are young adults, some with mental illness.

The first day we were there the police were called because a homeless guy, who looked like he was about 20, was waving a box cutter around on a very crowded Commercial Street and literally right next to me and my family. The worst part is that he was obviously mentally ill but all the cops did (or could do) was take away the “weapon” and put him back on the street.

We saw homelessness everywhere – on the running path, in our neighborhood, downtown while shopping – everywhere. A lot of them had knives, some bigger than others, and most just looked beaten down and tired.

We gave them some money and leftover food from our various lunches and dinners, and I did see some service buildings and shelters, but I left feeling like so much more needs to be done.

It was a learning opportunity for the kids and for me. Whatever I end up doing with my degree in counseling, it will involve pro bono work for the homeless or those who can’t afford to get the help and services they need. It’s disgusting that it’s even an issue in this country.

We obviously need more real-life heroes but, for now, I’ll settle for the fake ones. We went to see Spiderman Far From Home while in Maine and, although it was no End Game and there was no Thor, I would definitely recommend it!

The other series I watched was recommended by a few of you here and I have to give you a huge thanks! The Imposters on Netflix did not disappoint and I may have watched four episodes in one day. I cannot wait to start season 2!

I mean, no one even told me Uma Thurman was in it!

As expected, I’ve been equal parts mesmerized and disgusted by Handmaid’s Tale season 2 but I was in love with this drink I found at Scales in Portland.

Oh there are just so many to choose from but, this one is my favorite.

And when I took the picture a woman walking by said “Amen to that!” May the Lord open.

How was your week? Any recent trips?

Ever end up somewhere unexpected and had a blast?